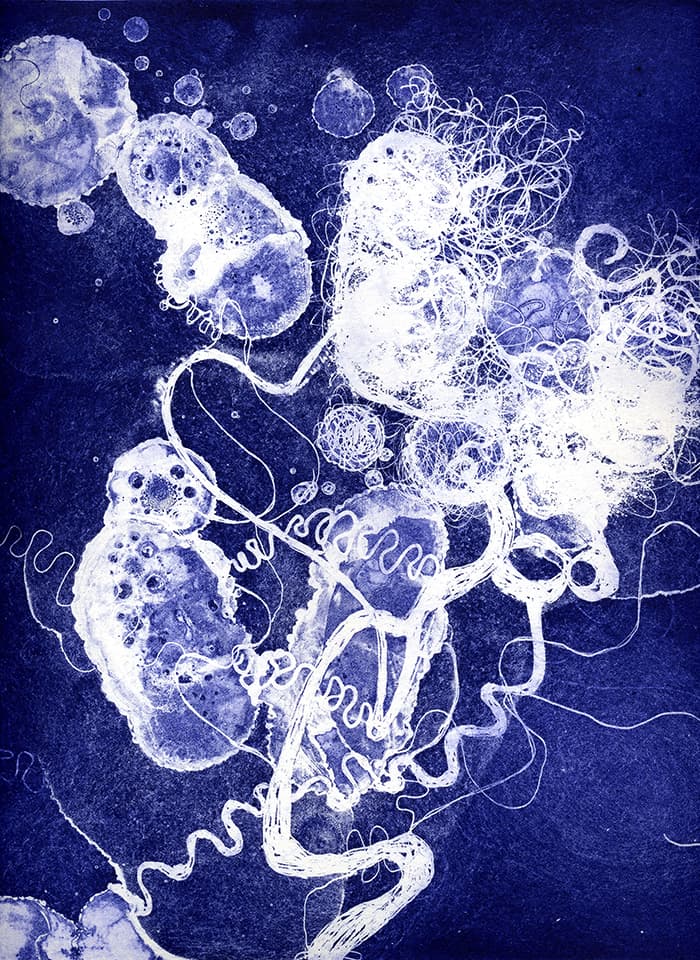 Each of the Brainscapes etchings is a portrait of a patient who gave me permission to observe them during a brain scan during my residency at the Royal London Hospital 2000-6.

These works have developed from my explorations into what is a self ? They were initially inspired by drawings of the cerebral landscapes of the thirty people I observed in hospital. The brain is inexorably linked to personal identity. So, if I use drawings from an individual’s brain scan then it has to be some sort of portrait of them. I worked with master printer Nigel Oxley to transform these drawings into etchings. I called these prints Brainscapes.

“These images go way beyond mere medical illustration. Looking at the etchings, one senses one is looking at a phenomenon of some kind – consciousness. They look like they’ve made themselves. That’s the great beauty and charm of them. We are really onto something with these zinc etching plates. Letting white spirit bleed into meths on top of the aquatint produces a perfect representation of a brain haemorrhage. It’s extraordinary – we’re managing to set a haemorrhage in metal… It’s staggering to think that all this has come out of one plate and one etch. The depth and subtlety of it is astonishing. It goes on revealing itself. Every week you turned up with new drawings inspired by your work at the hospital. You wanted to find a way of working purely in negative line to describe the relationship between the physical brain and the mind. In doing so, you have taken negative line etching further than anybody else I’ve worked with…”
Nigel Oxley, Master Etcher

If I take the etching from my drawing of someone’s brain scan, then it has to be some sort of portrait of them. 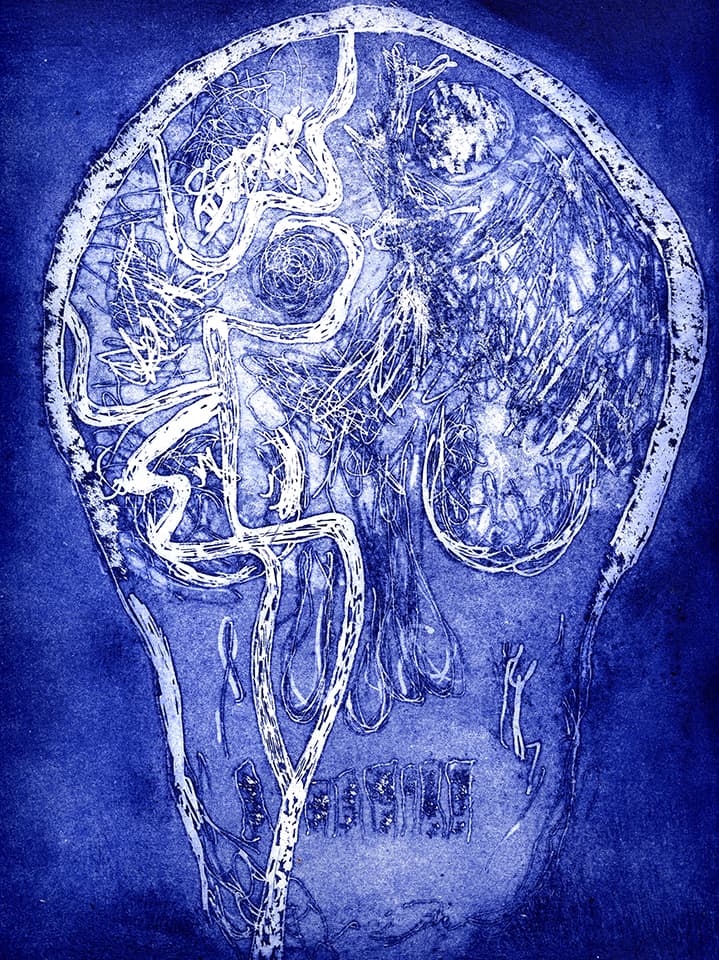 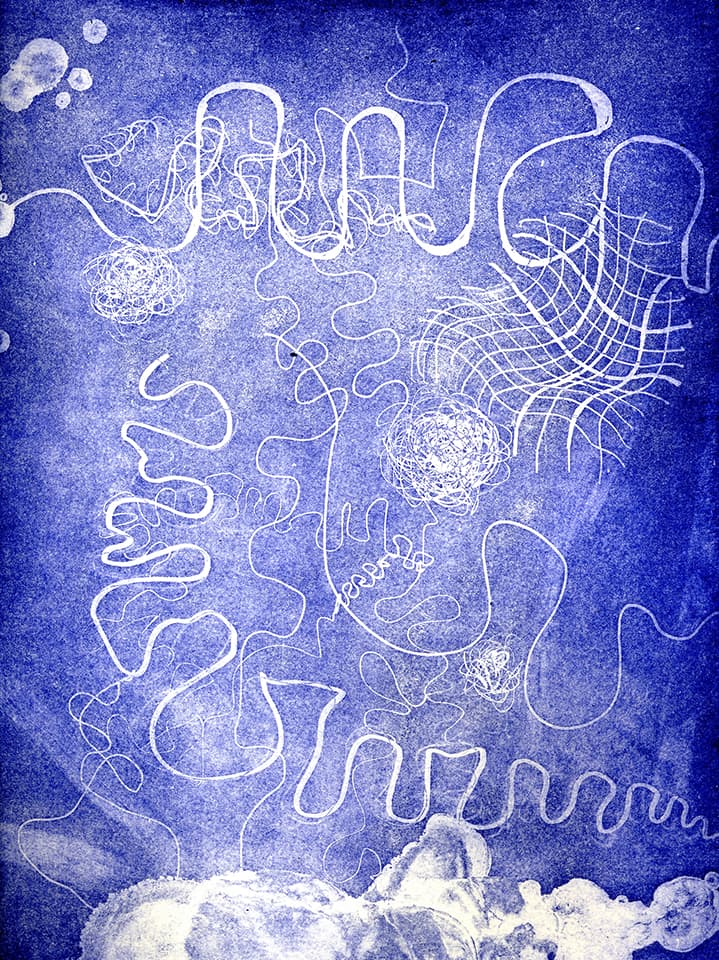 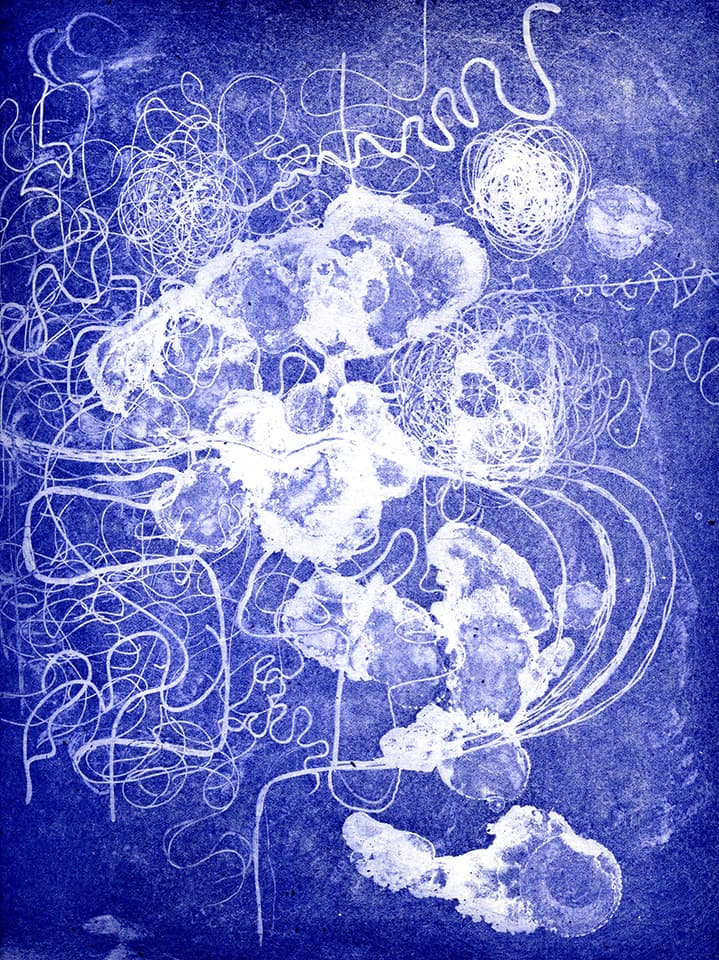 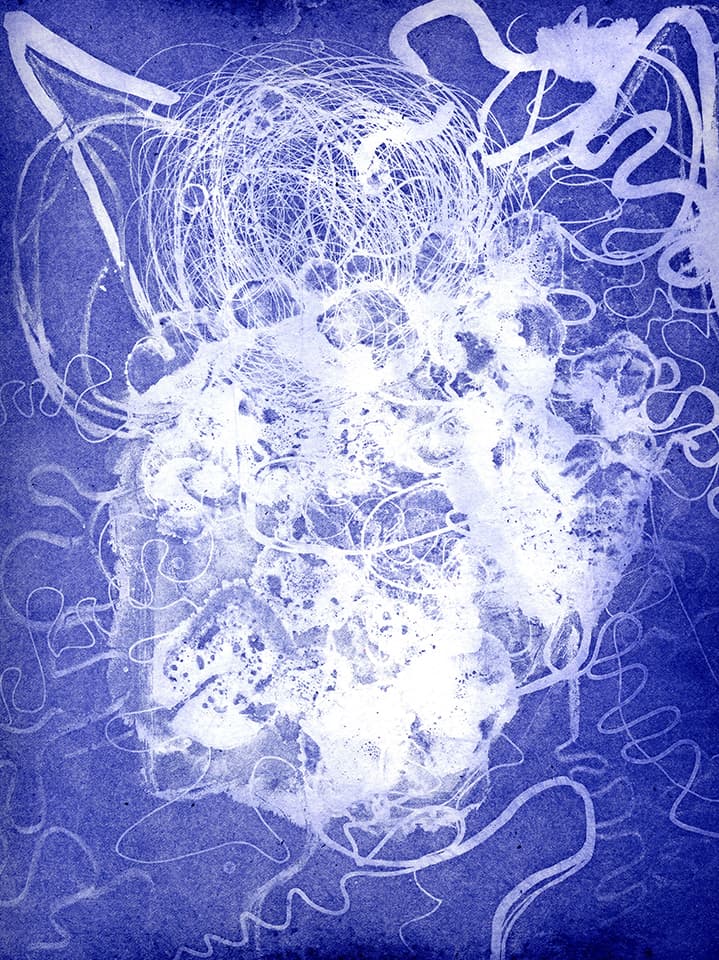 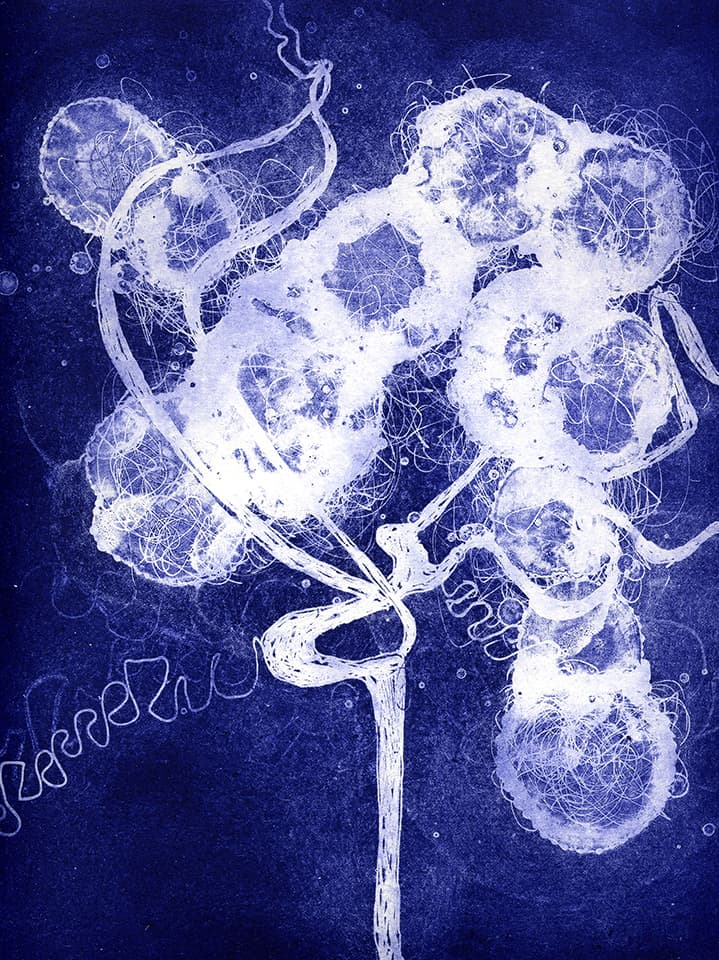 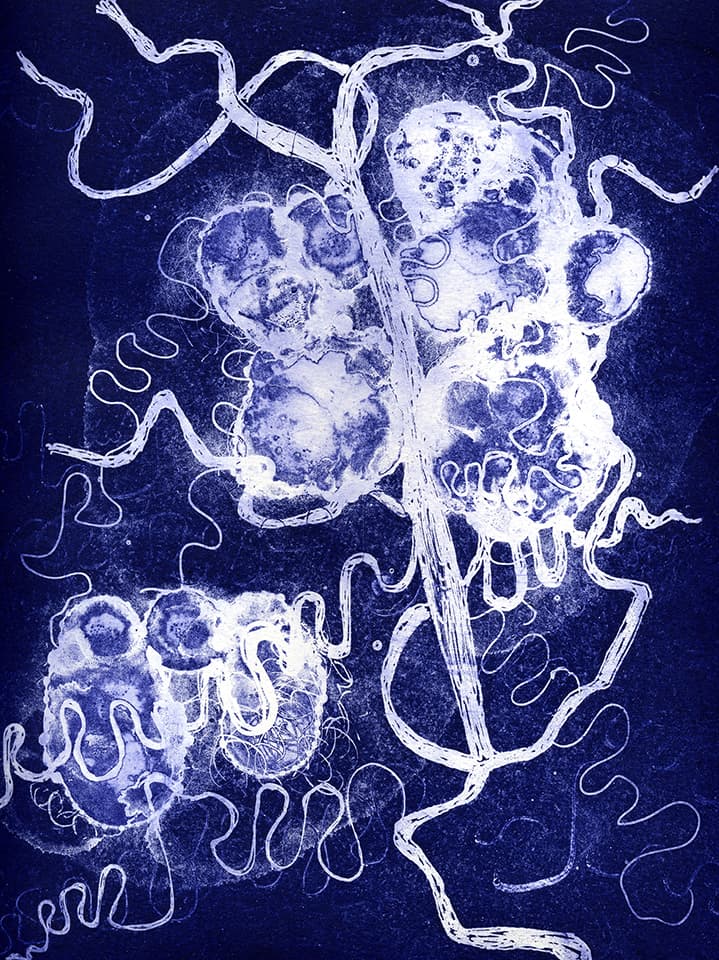 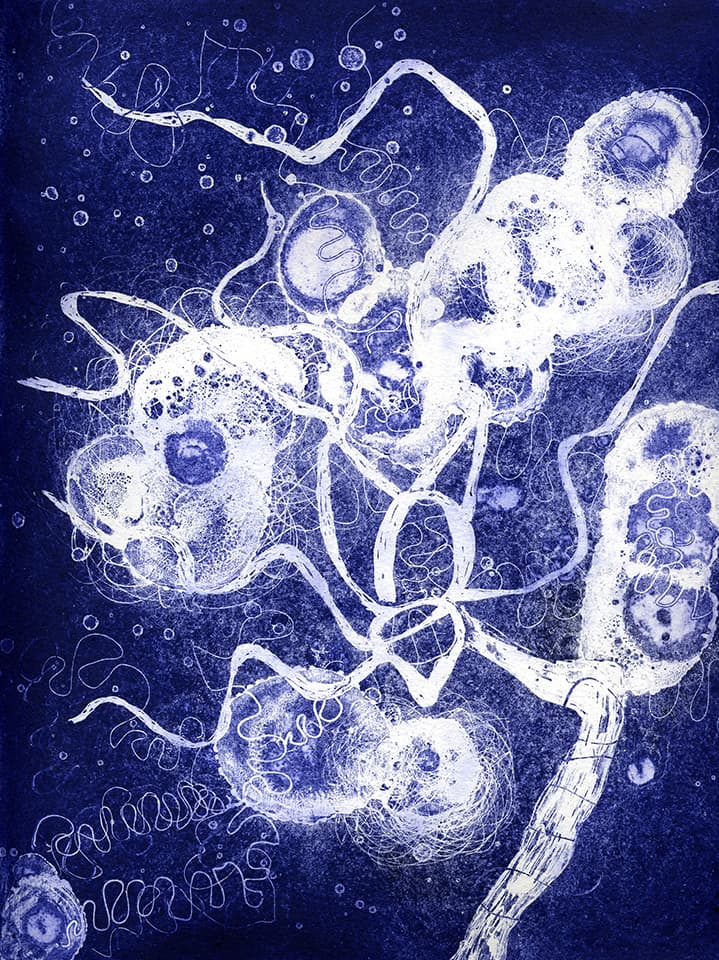 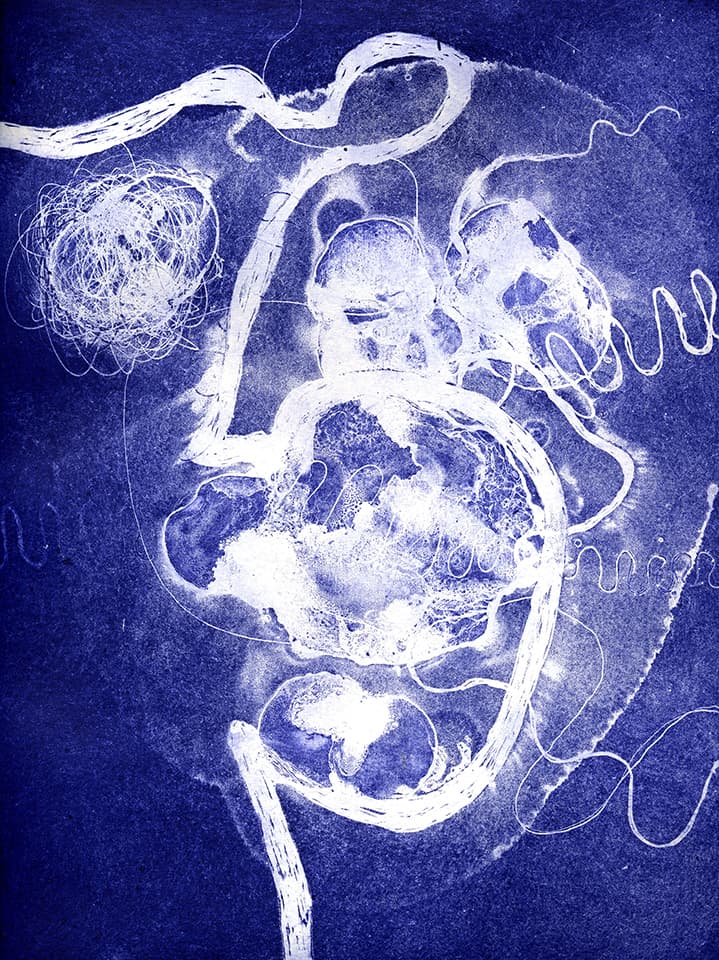 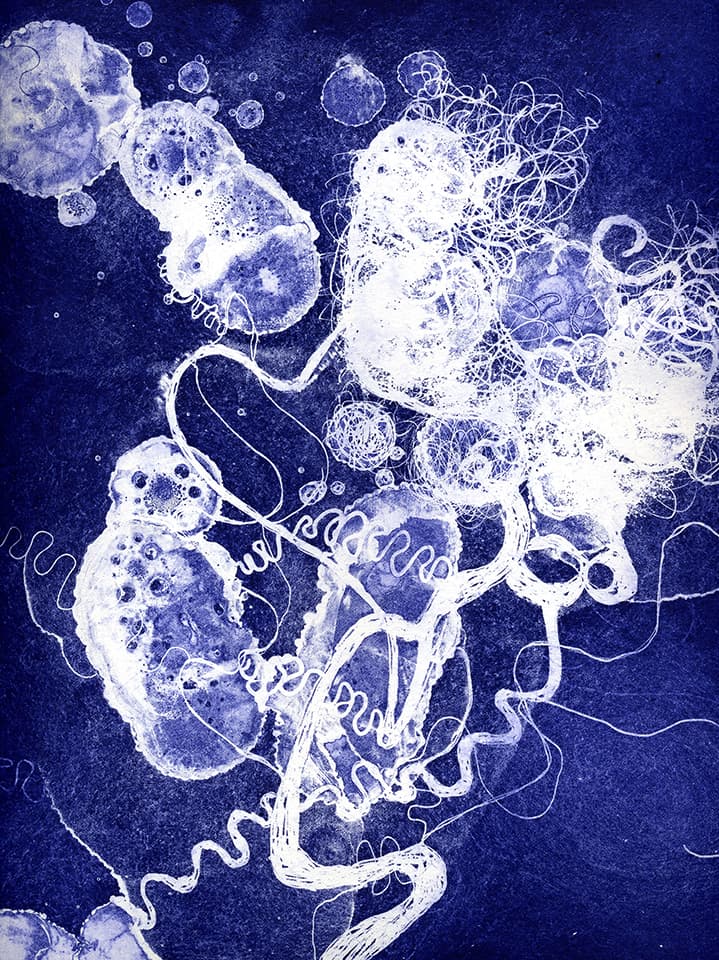