Reassembling the Self lithographs 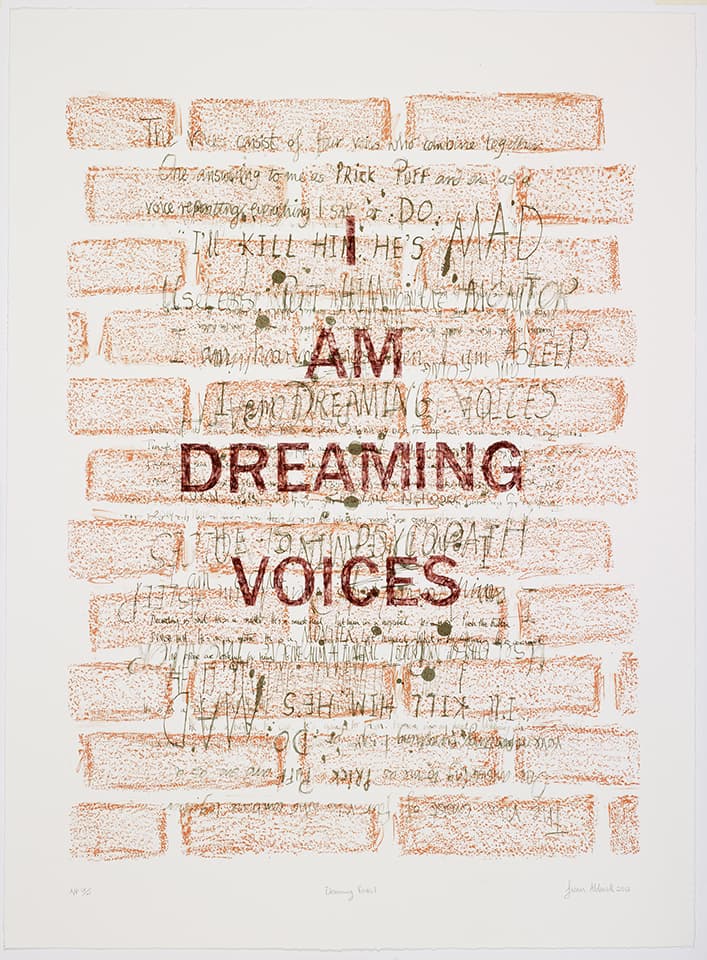 I was invited to work with the legendary lithographer Stanley Jones at the Curwen Studio to make the Reassembling the Self lithographs, a body of work exploring the theme of schizophrenia. We reassembled the body into impossible anatomies. We used plate lithography to merge drawn marks with digital photography and ancient anatomical illustrations. The reassembled anatomy became a metaphor for the pain and difficulty of having schizophrenia when the self is under attack from within. I wanted to portray a body out of kilter with its sense of self. The works were first shown in Reassembling the Self at Hatton Gallery in 2012 and in Compulsion in 2013. The project was funded by Arts Council England.

I worked with two artists with a schizophrenia diagnosis who described to me in great detail their experiences of living with the condition. I decided to make word portraits of them working directly with their spoken descriptions. Their words have a stark authenticity and authority – it is their story to tell.

My plan was to make a series of images where the body is put together in the wrong order to evoke the feeling of being at odds with yourself. 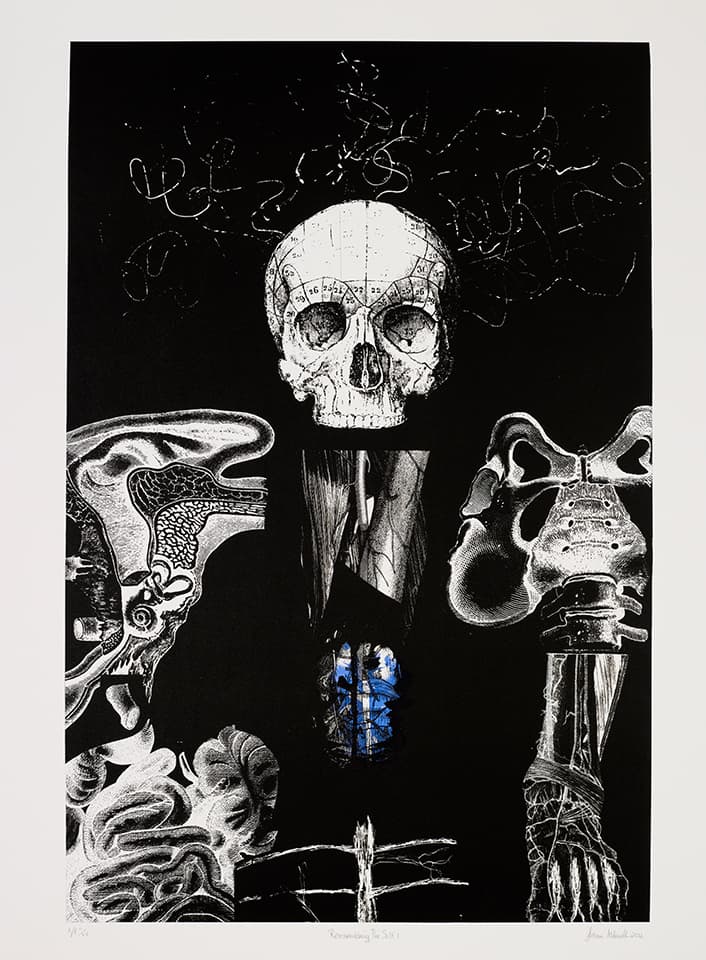 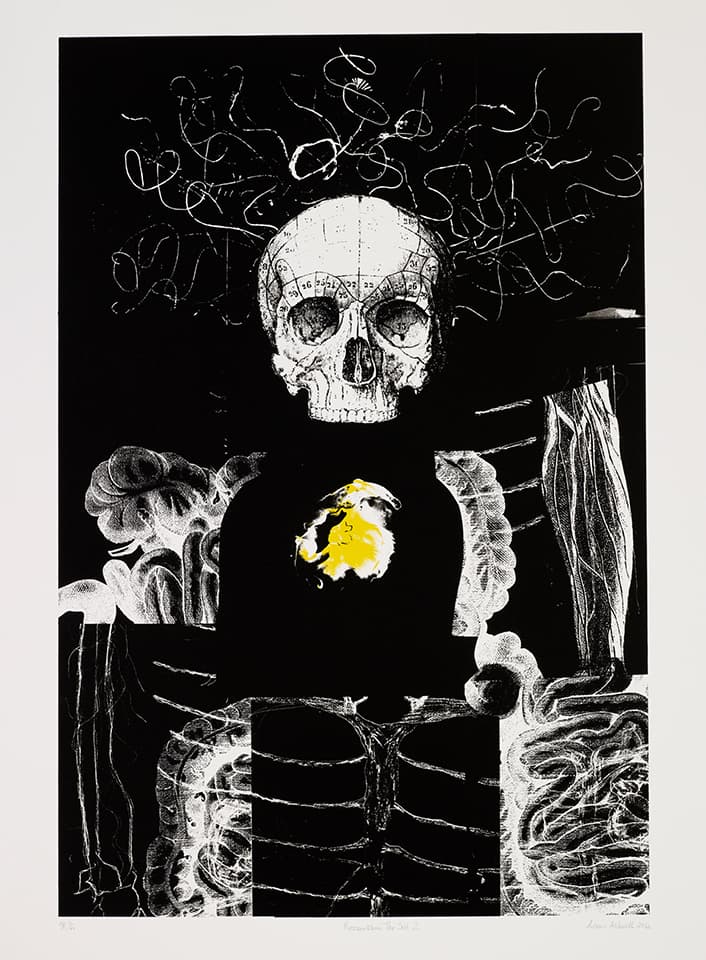 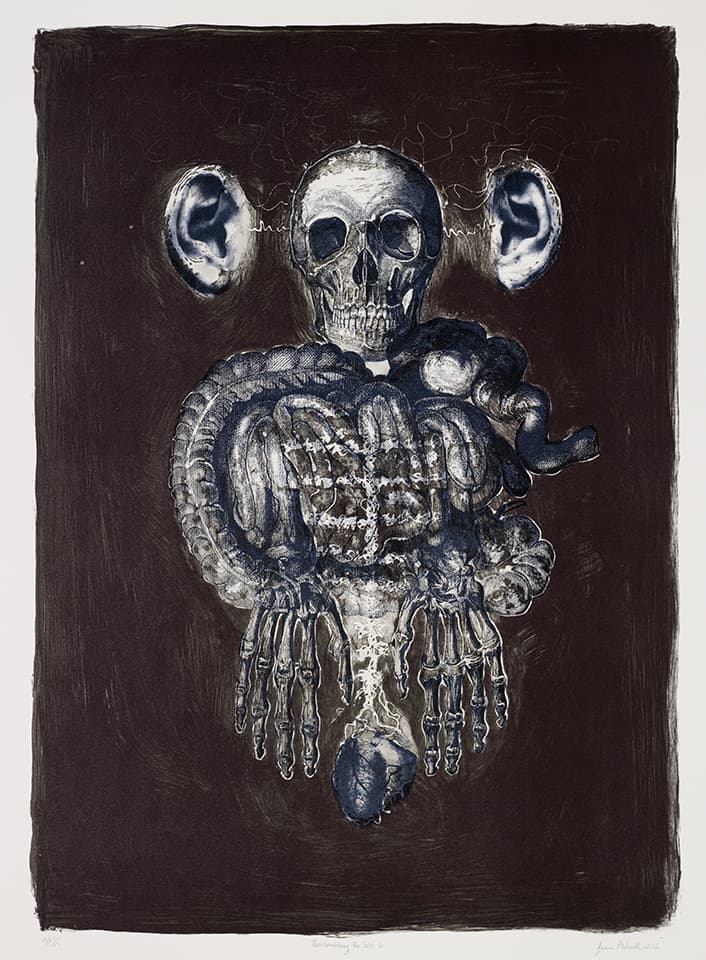 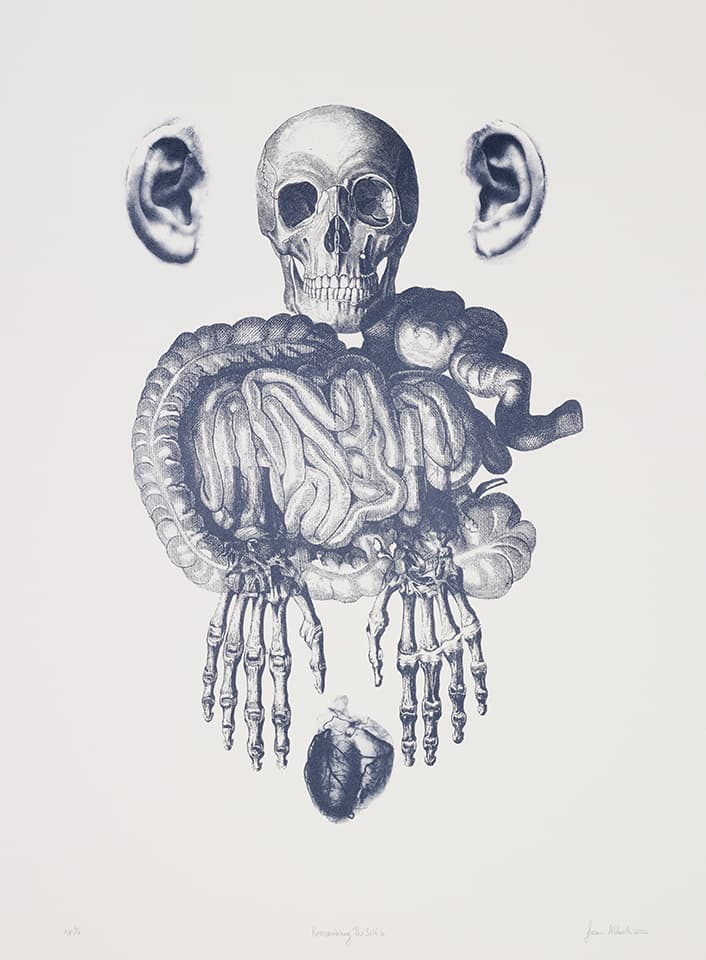 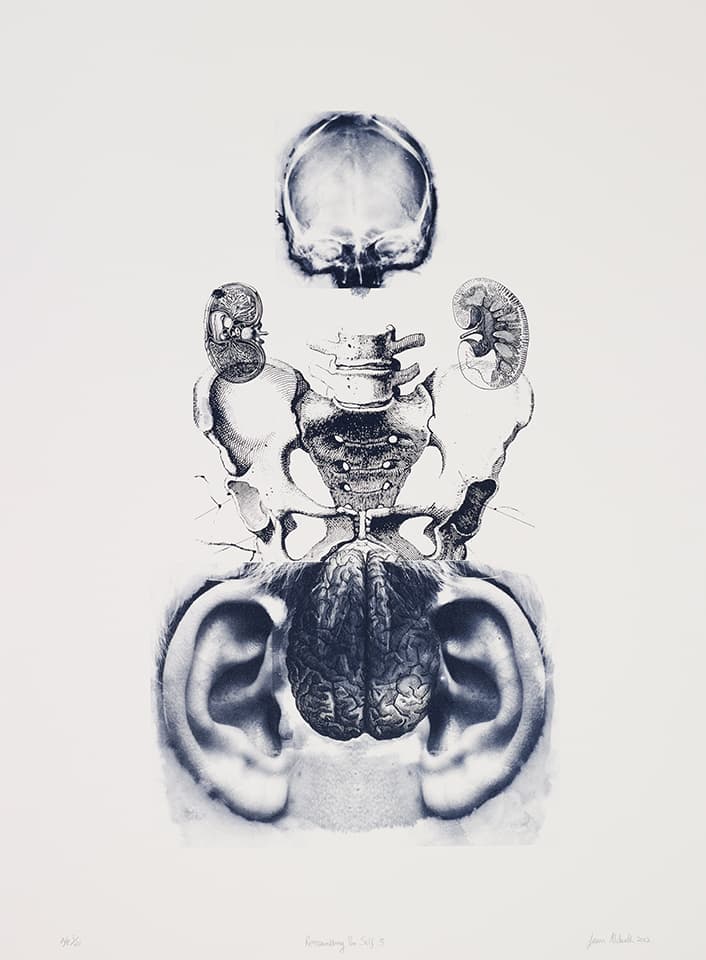 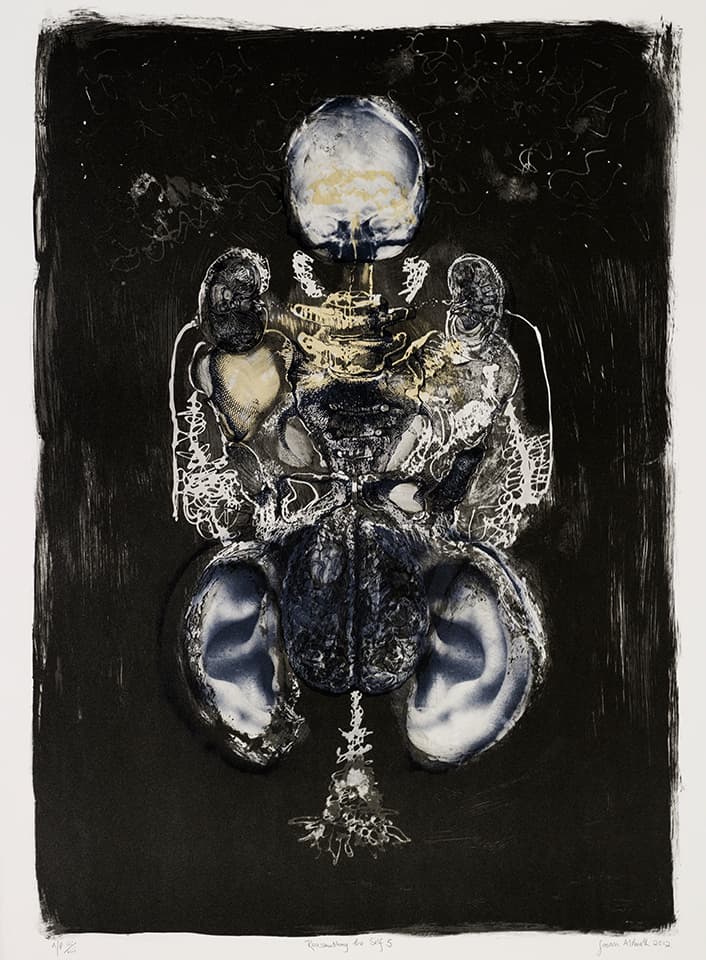 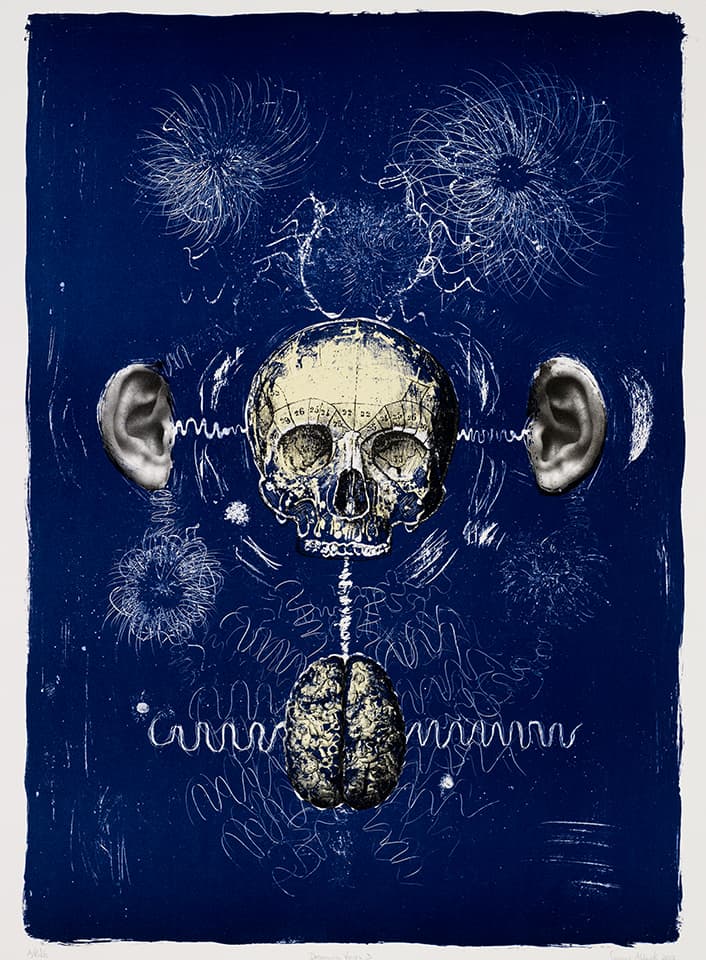 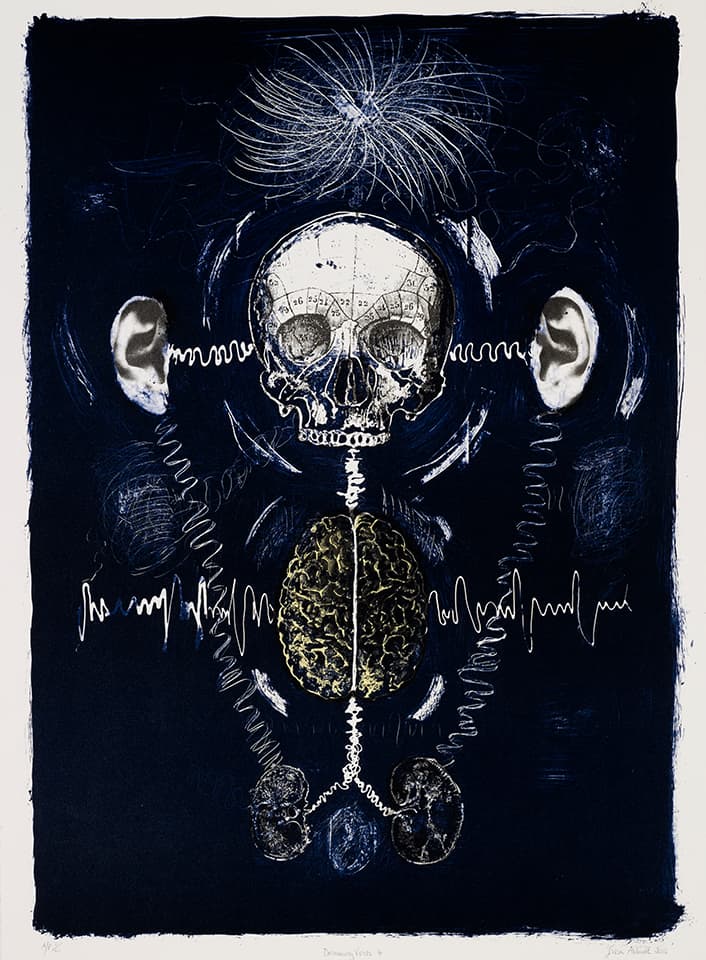 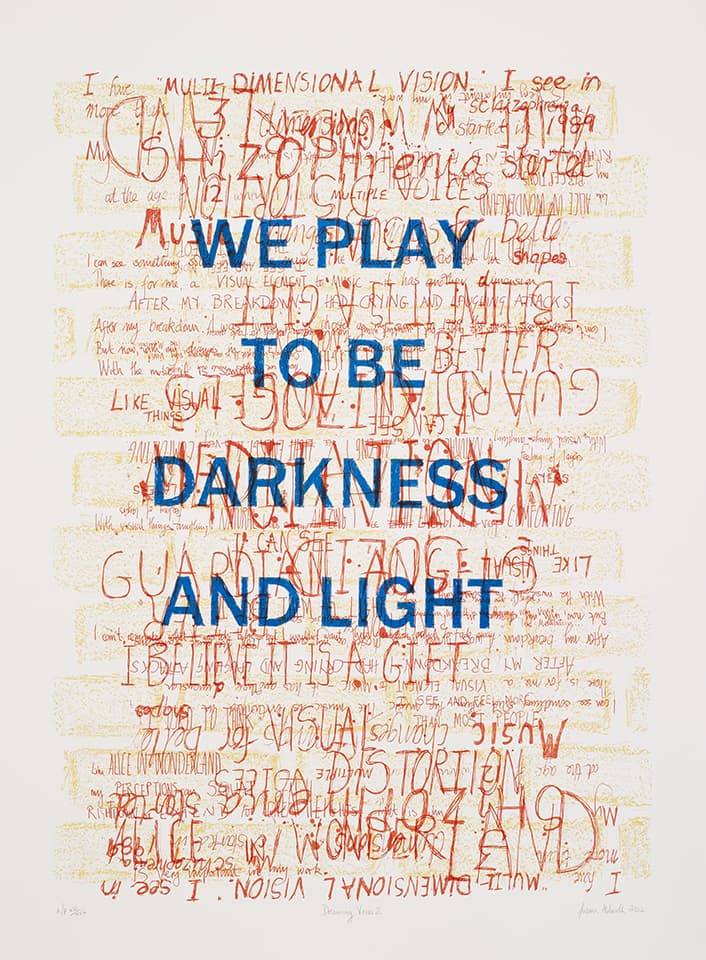 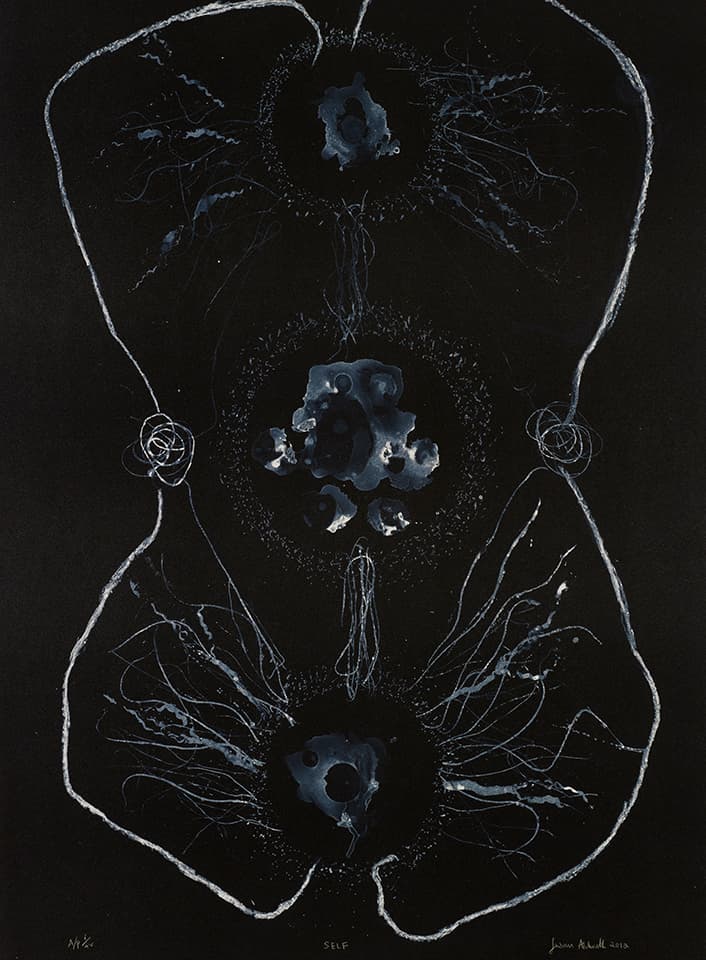 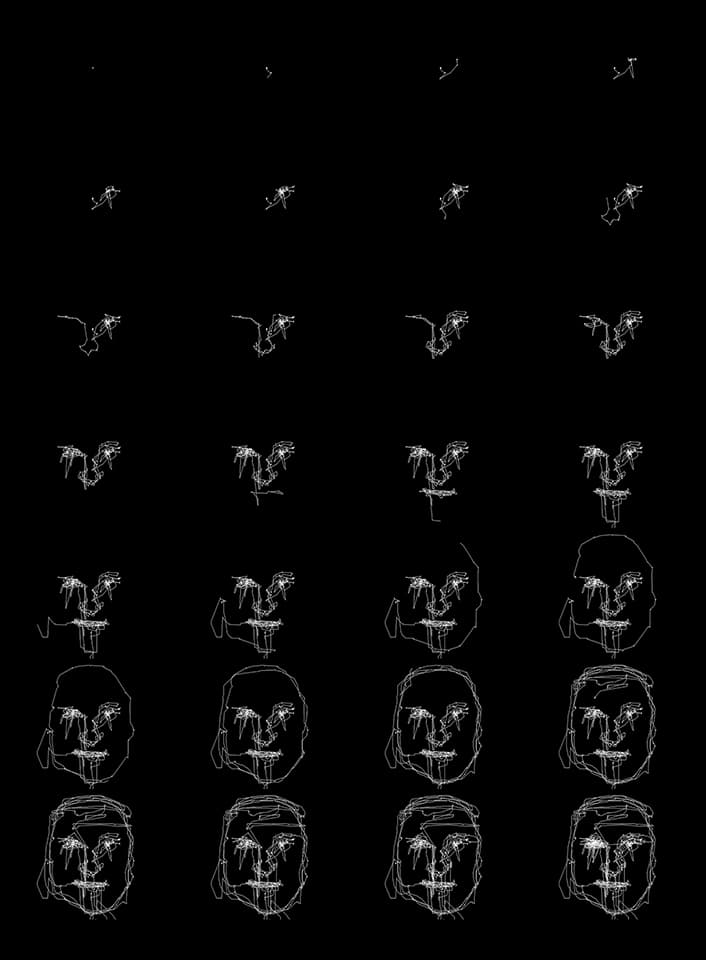 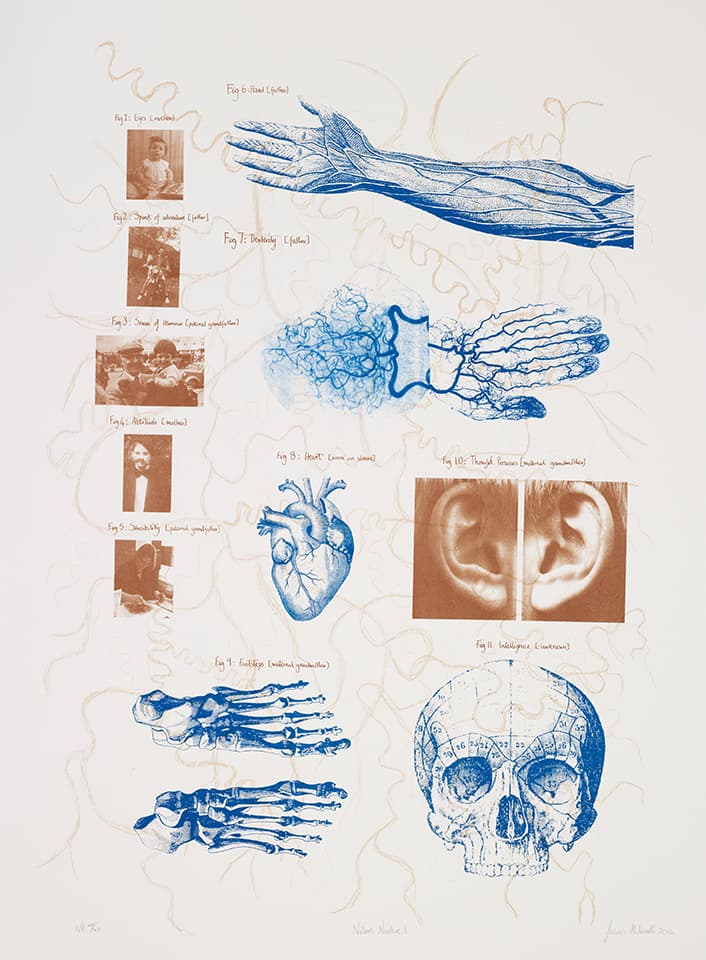 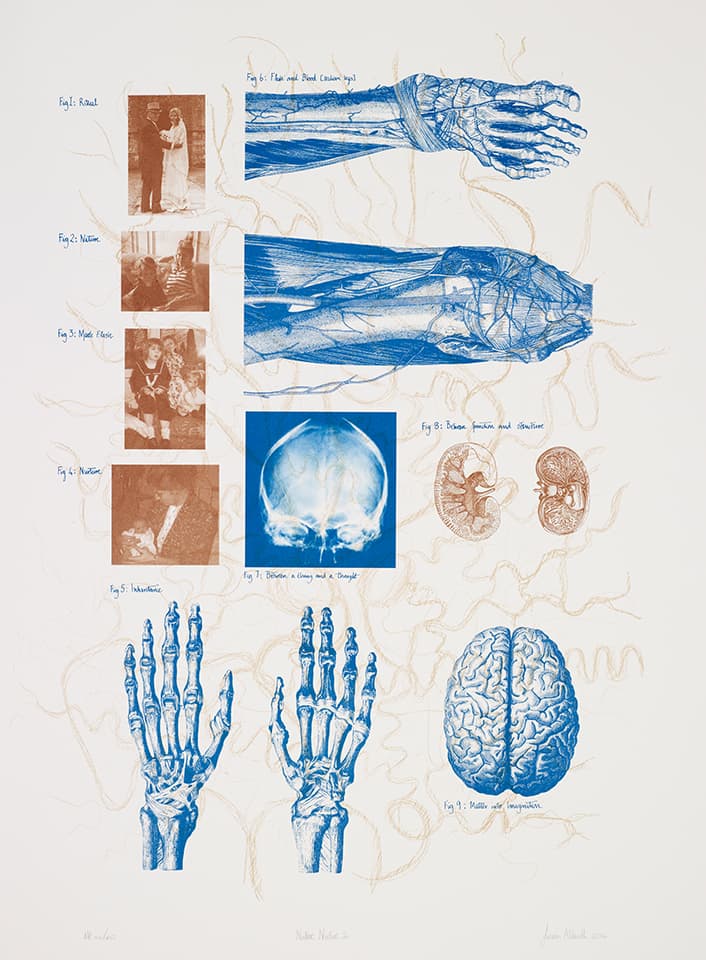 » Shop: Reassembling the Self catalogue