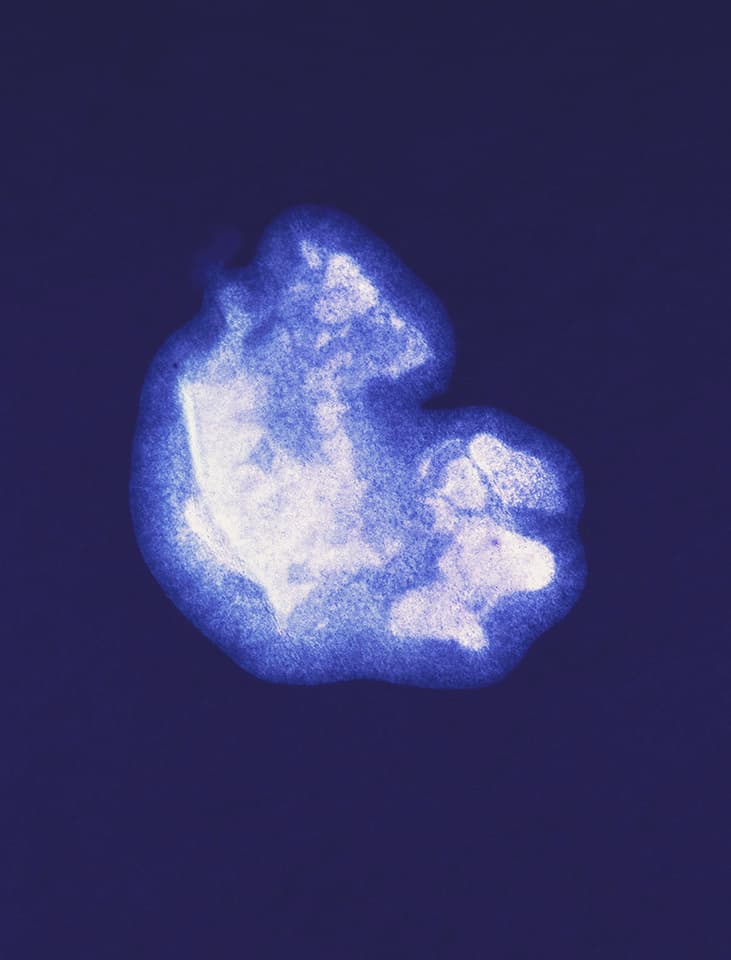 Something happened in the studio when I was making the Transience etchings that made me realise that I could make a different type of print whilst still printing directly from the brain slice. The result is the fifteen digital photographic prints which make up the Passing Thoughts suite. The transformation in these prints from the flat brain slice to mysterious object was thrilling. Passing Thoughts 3 and 4 appear to be translucent shells held in a heavily textured background. I don’t think people will know what they are looking at. I hope that they will remain mysterious. They are unaltered photographs – authentic, strange and beautiful pictures of a human brain.

They seem to capture a moment – and this we caught on camera in the studio when we were working with the brain slices. The images revealed themselves and then disappeared in seconds. They were transient and disappeared like a thought. We did not own that brain, it was lent to us. It made its mark and then it went. The prints are unique and we will never be able to get those marks again. They are important to me in that they bridge my interest in both the philosophy of mind and the physical human brain.  Originally my intention was to just look at the brain as object. But the brain, in a funny way, turned from object to subject as we were making the work. So, they are not just anatomical works, they are about the transience of self.

These works where first shown at GV Art, London in 2013, and in Realisation at the The Fitzwilliam Museum, Cambridge in 2017.

They are unaltered photographs – authentic, strange and beautiful pictures of a human brain. 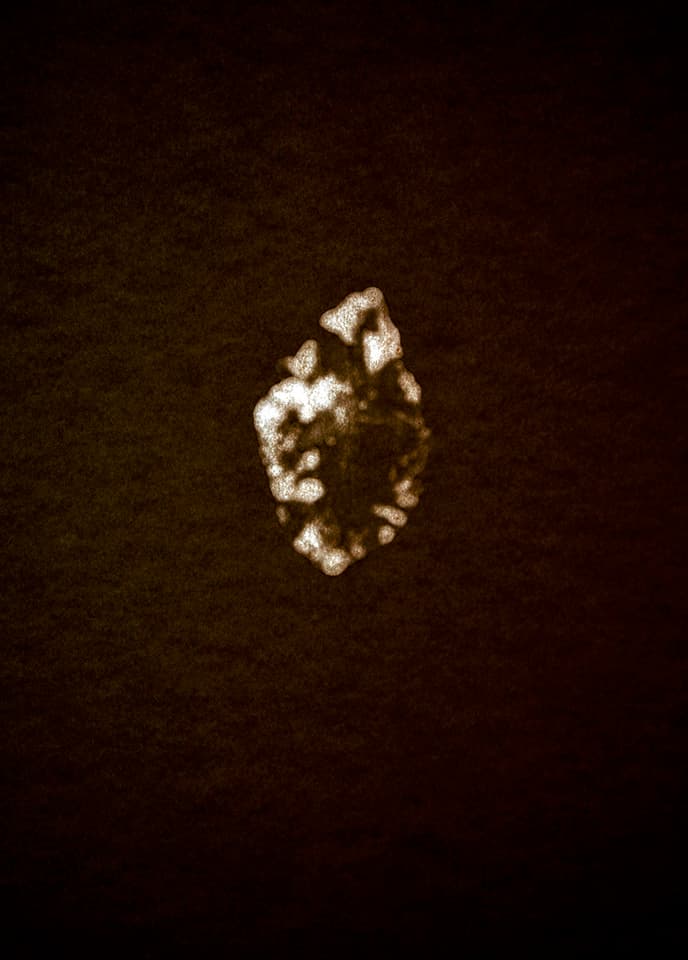 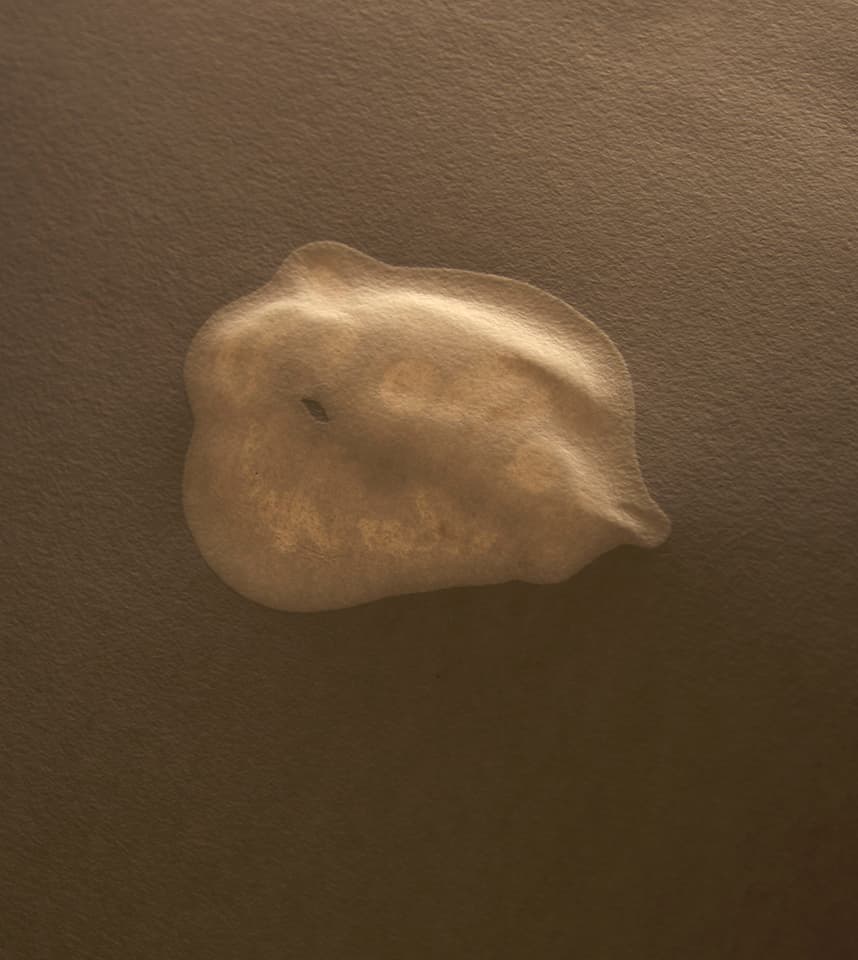 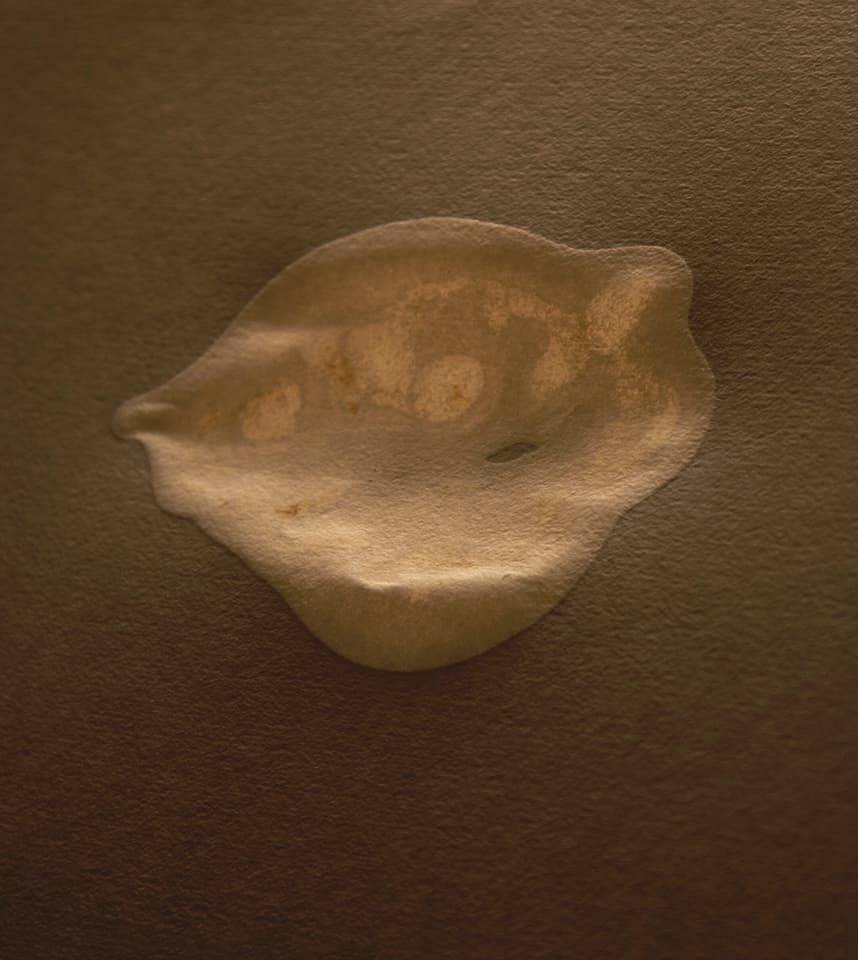 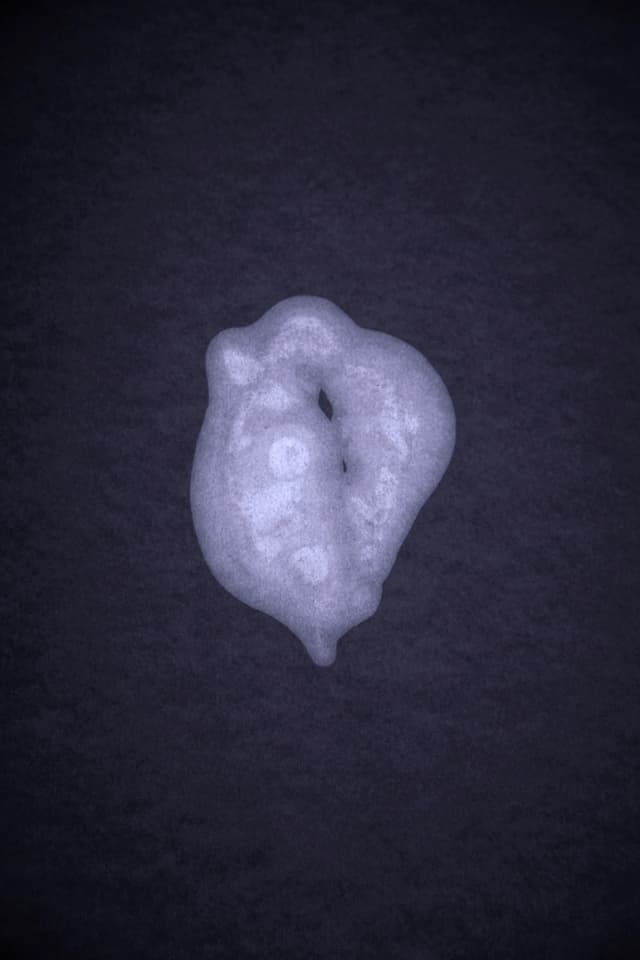 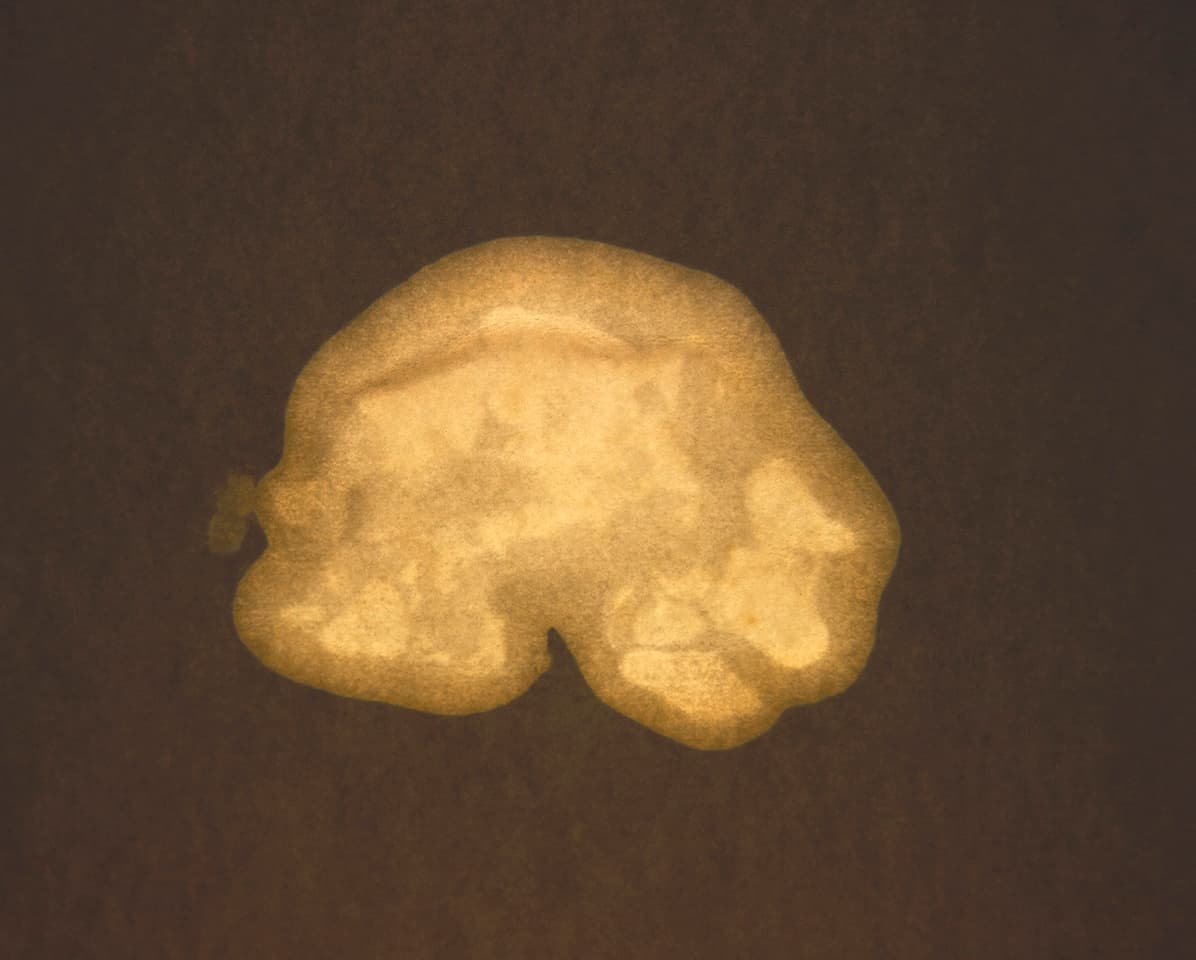 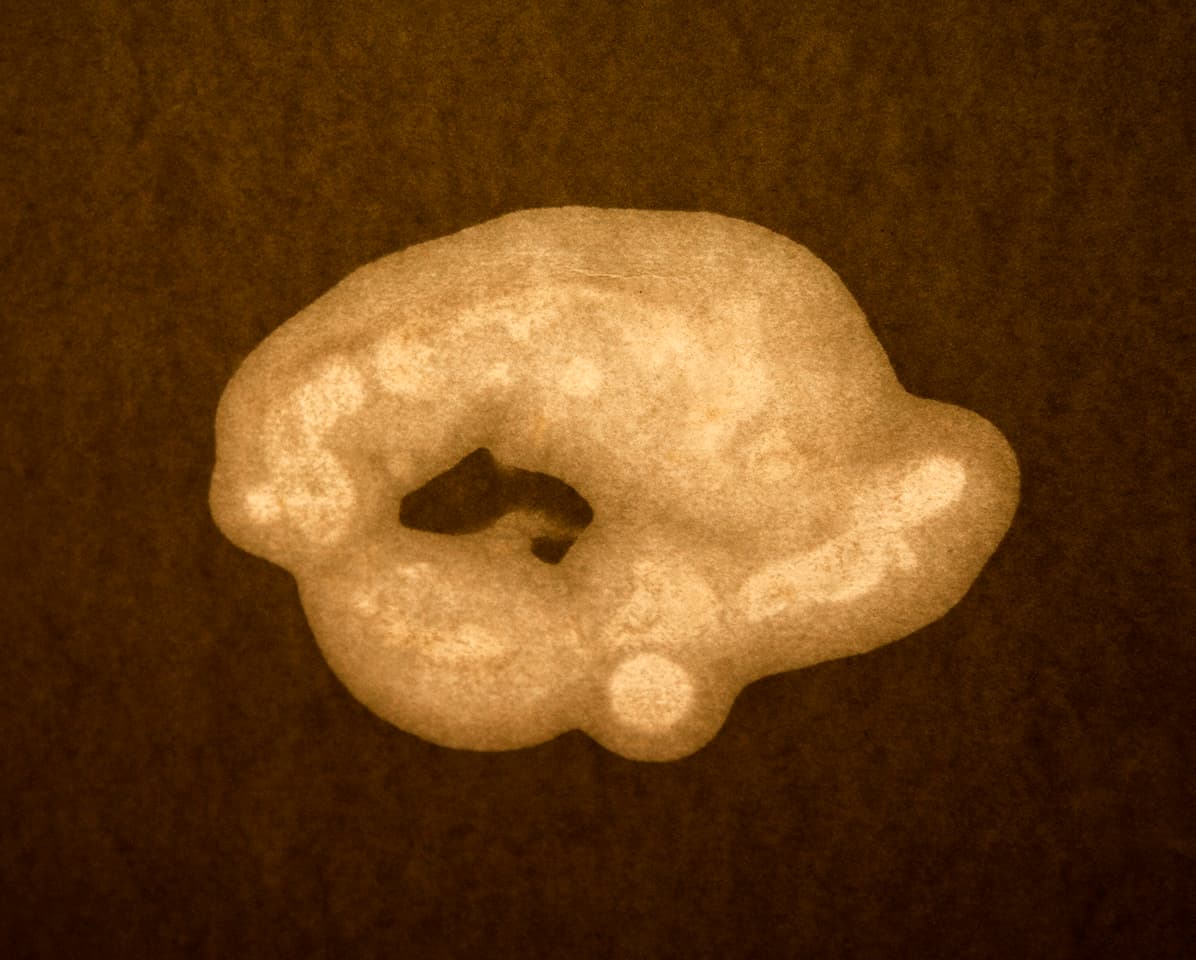 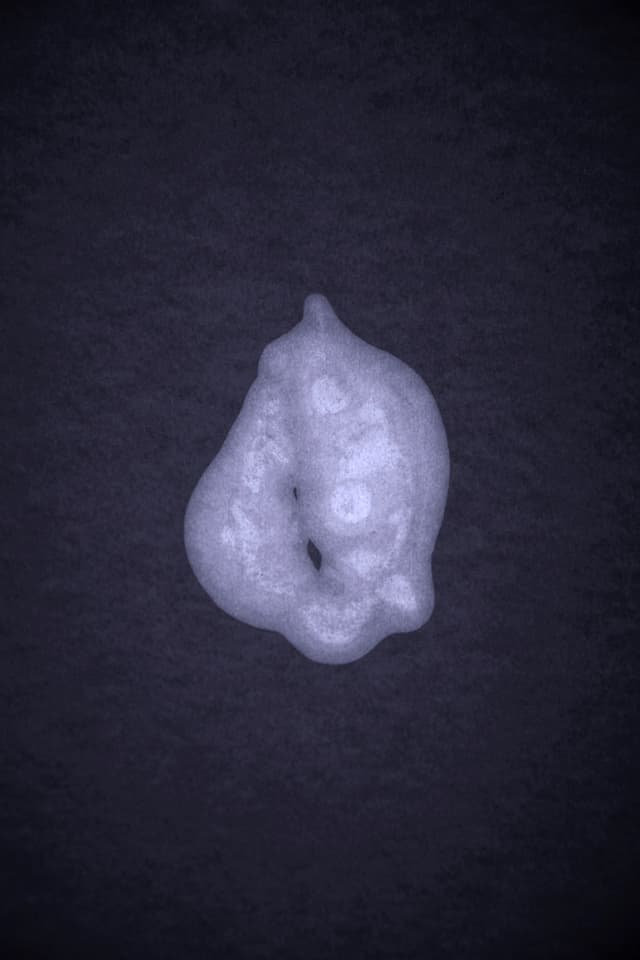 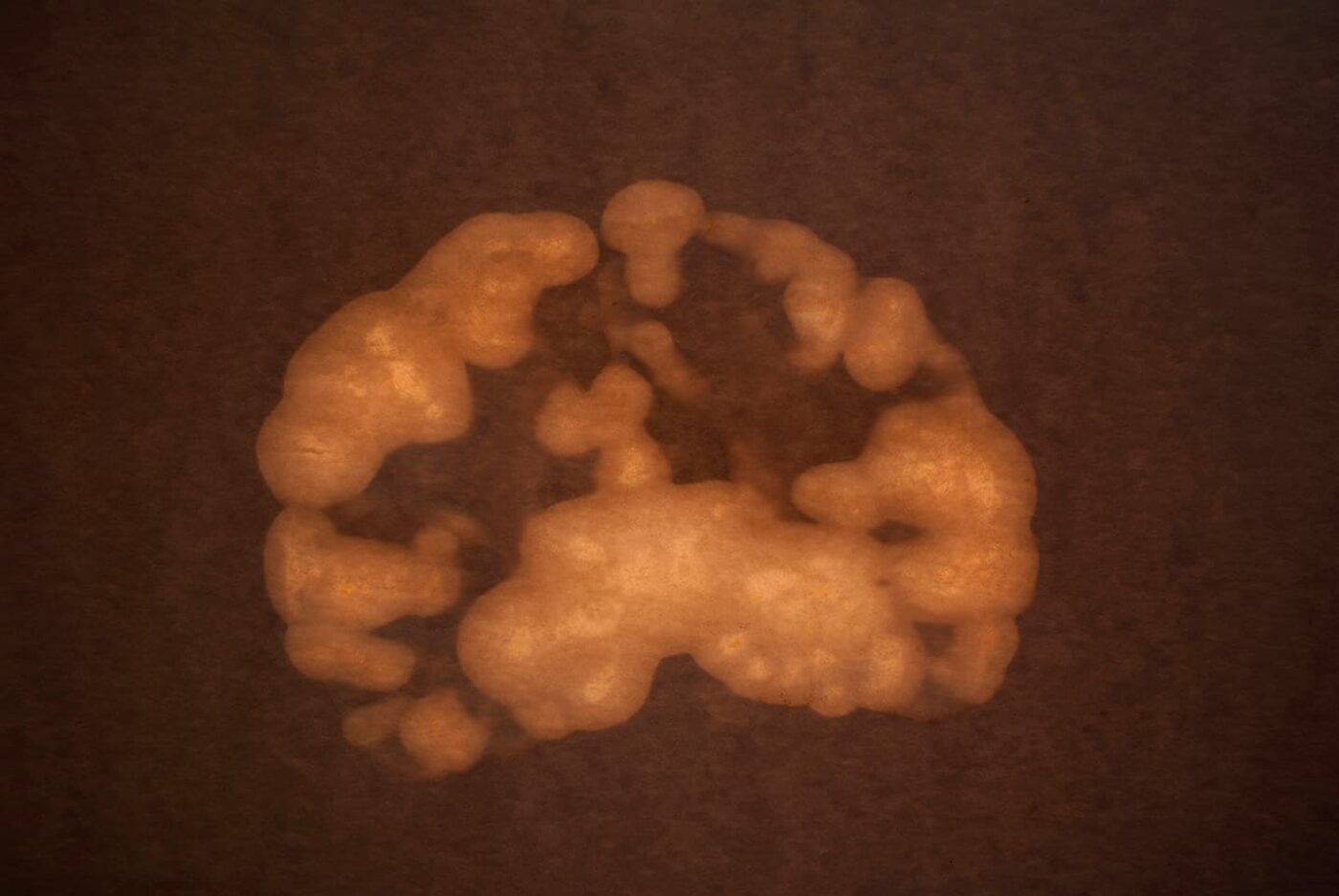 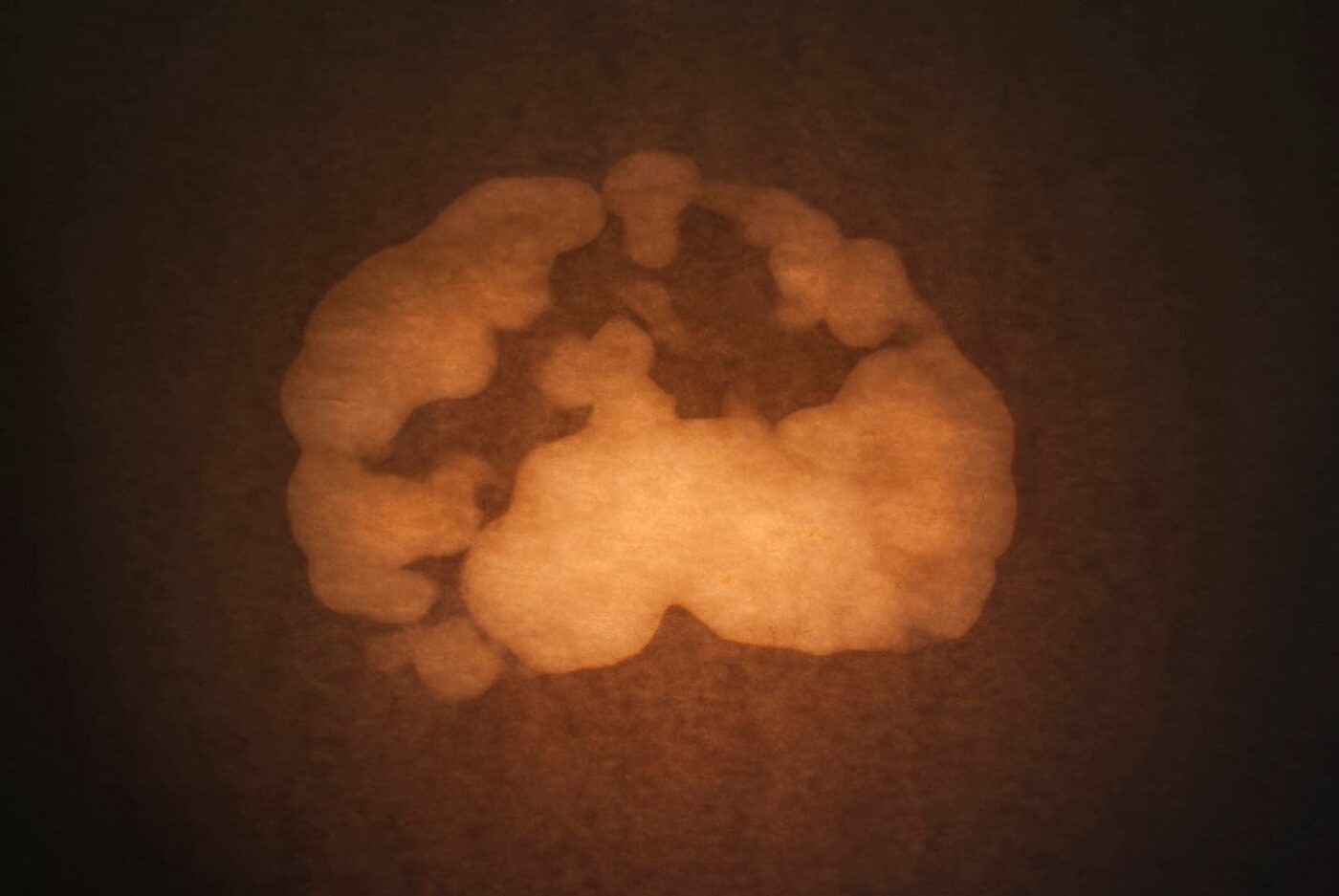 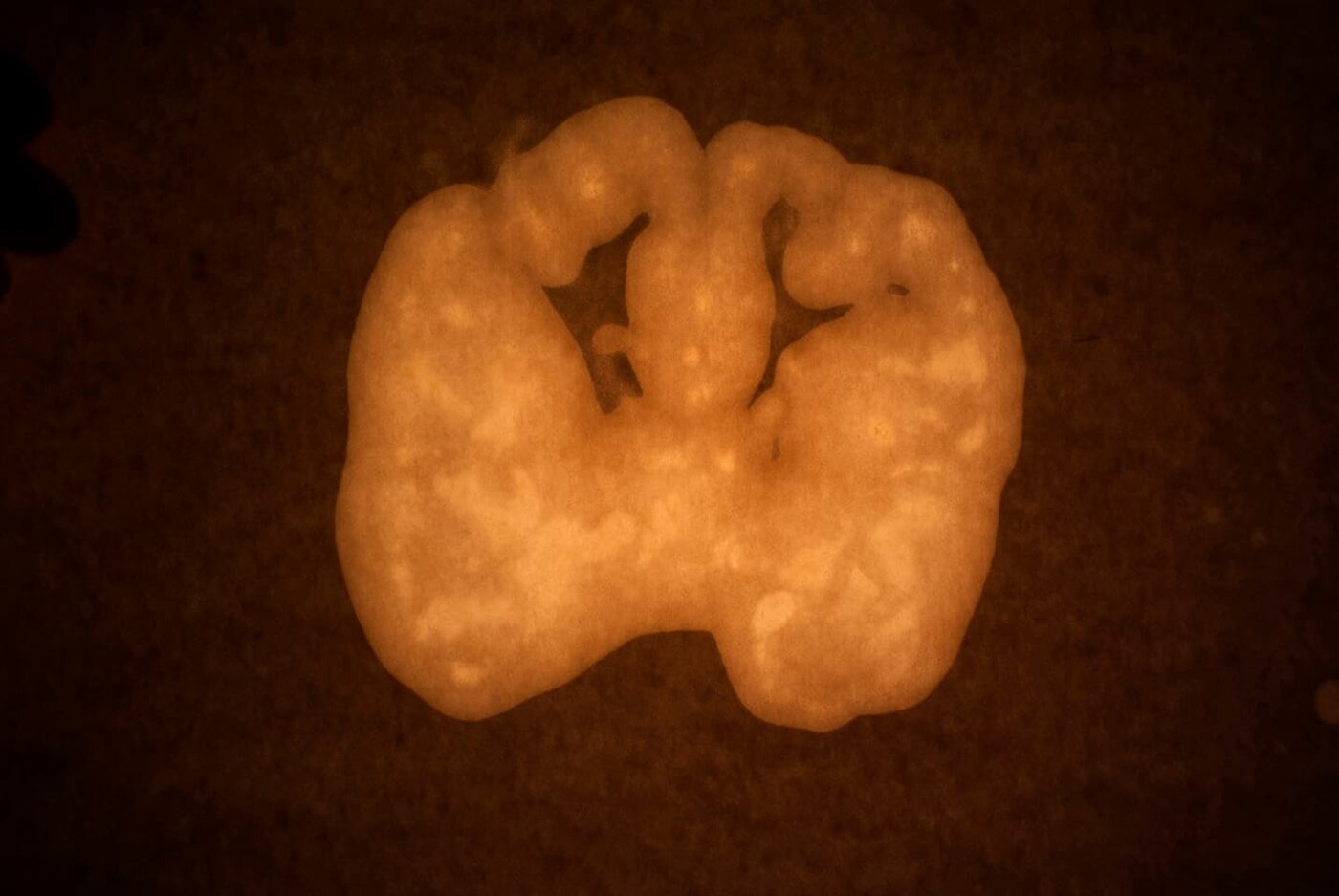 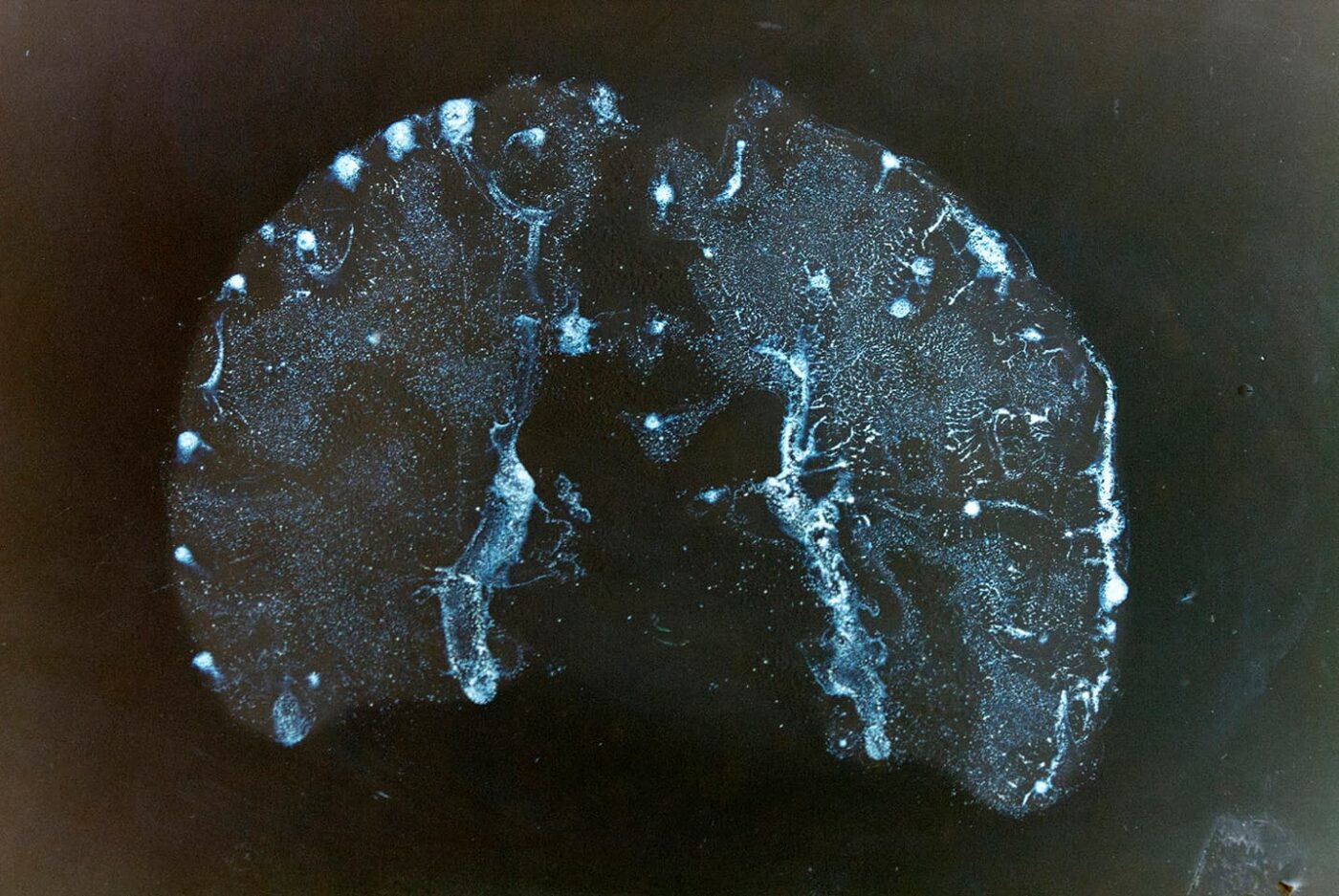 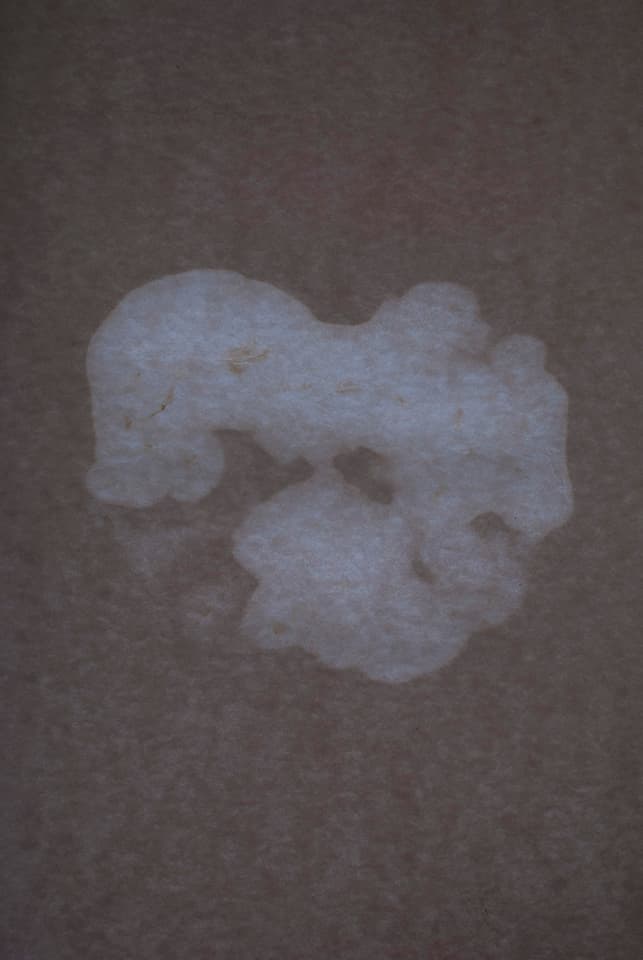 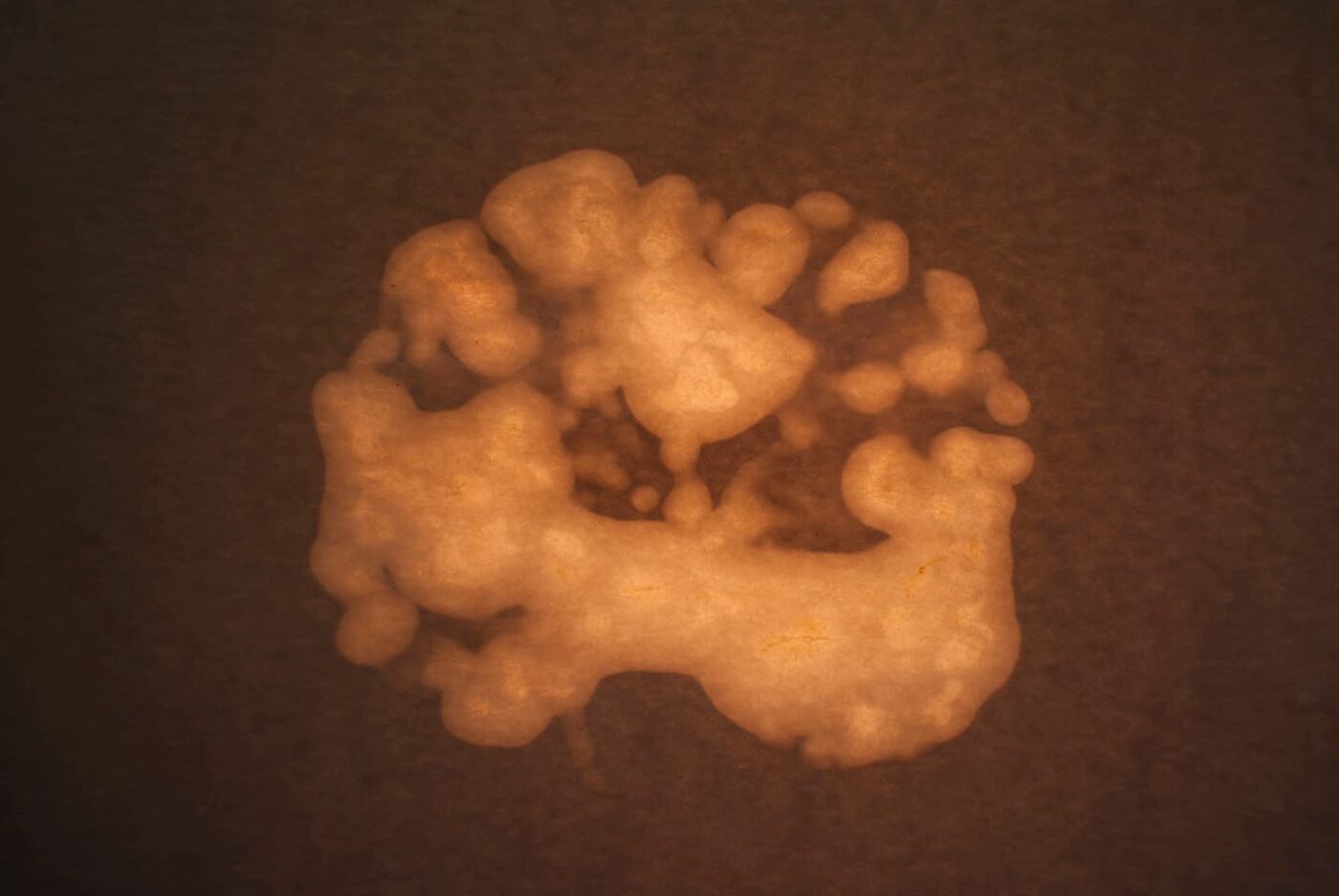