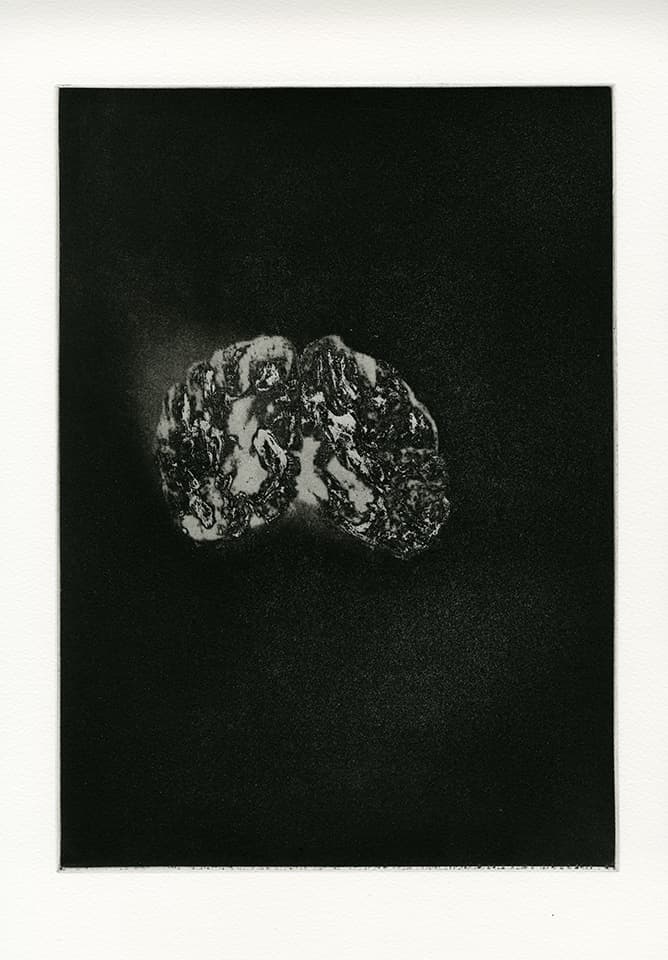 A ground-breaking exhibition Realisation at the Fitzwilliam Museum Cambridge, displaying prints etched directly from slices of human brain tissue. Susan Aldworth’s work is a historical first and has been made using the inprint of human brain tissue, donated with consent for the benefit of art as well as science.

Recently I have been thinking about the brain as matter. I was invited to observe a brain dissection by Professor David Dexter Scientific Director of the Parkinson’s UK brain Bank at Hammersmith Hospital , and, during the session, I was allowed to hold a human brain, Helen Chadwick style. Holding the brain was a moment of total connection with the brain as object. It was colder and heavier than I had expected. But it was not just object – I cradled it like a baby, protective, respectful of holding “someone” – someone very vulnerable in this disembodied state. The object momentarily became the person in my hands. The experience was seminal – would it be possible to translate the physicality of the brain into a piece of work? Susan Aldworth, diary, 2012.

The intangible images in Susan Aldworth’s two series of prints, Transience and Passing Thoughts, resist recognition and identification, yet they actually derive from the physical touch of human brain tissue, and portray real people. 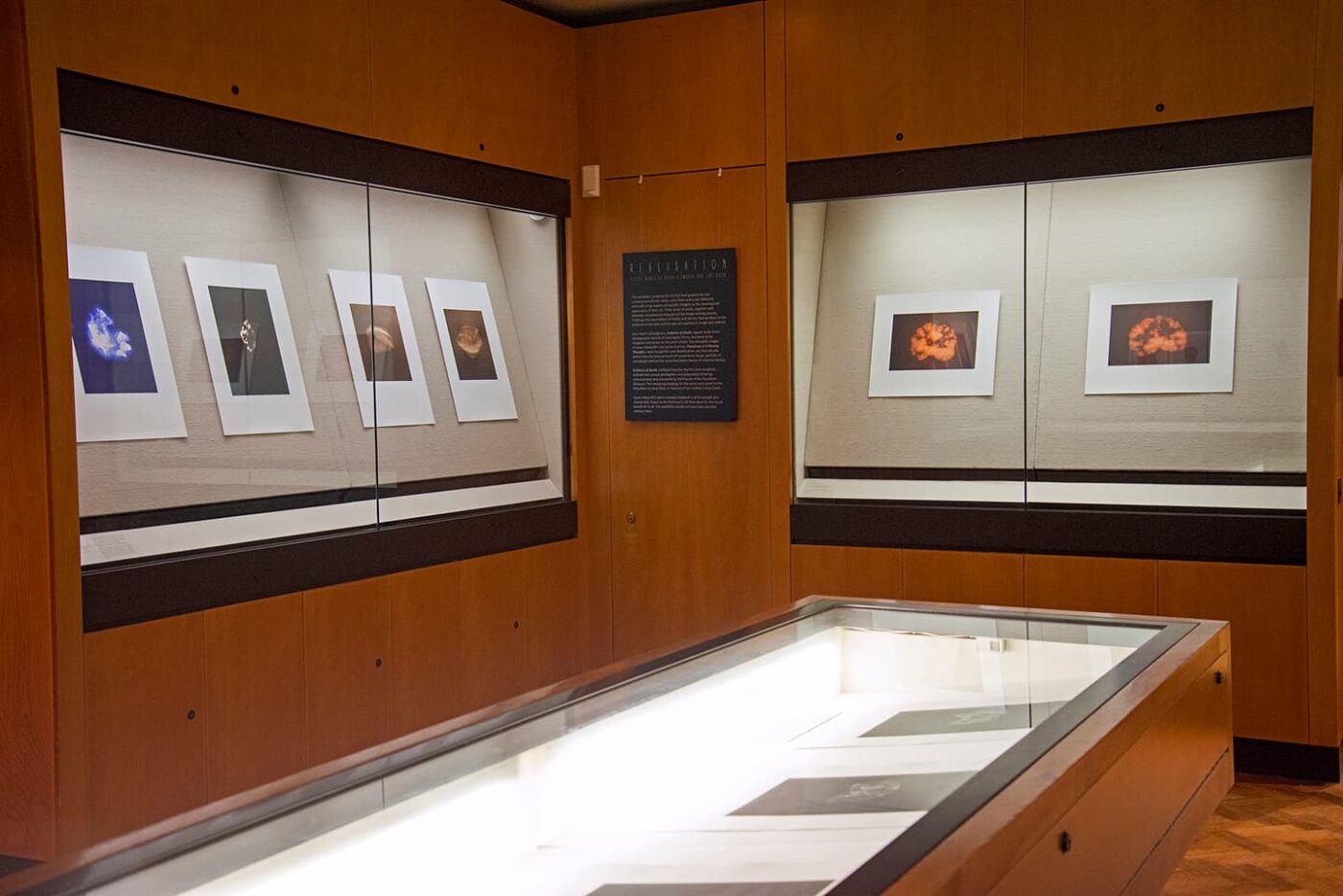 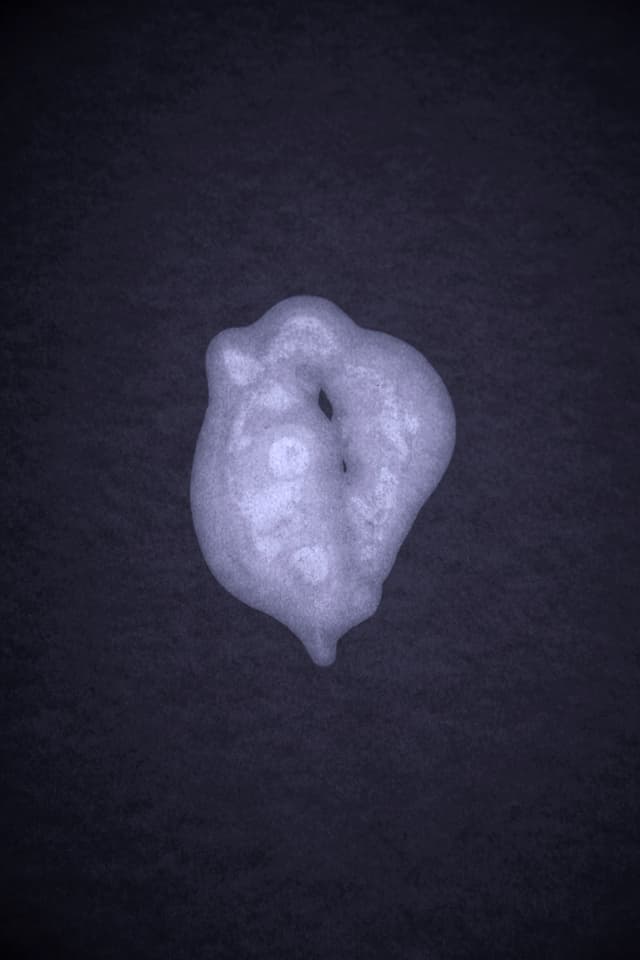 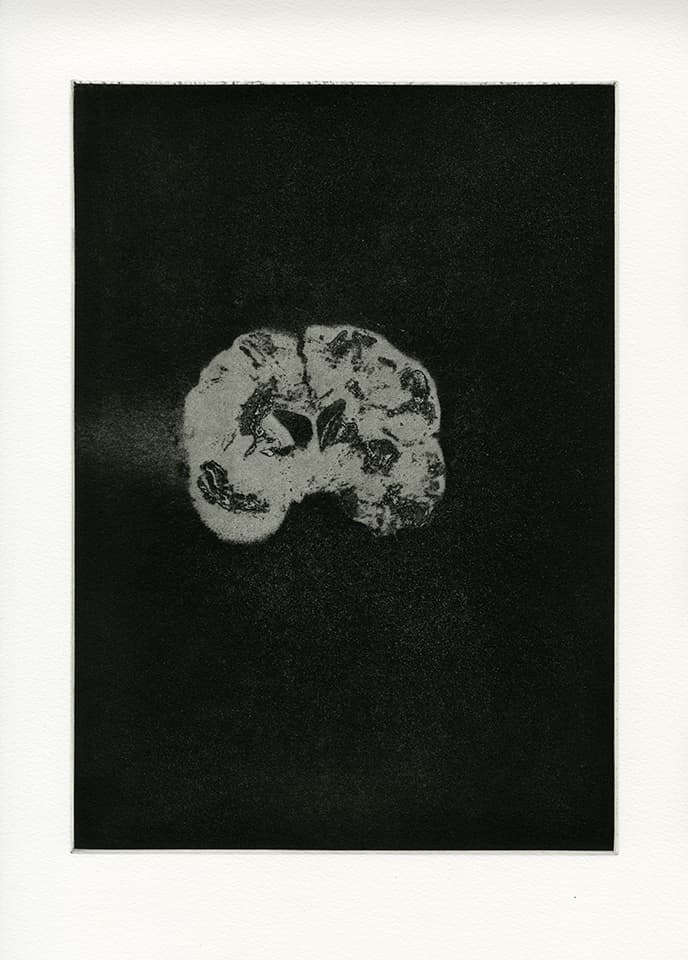 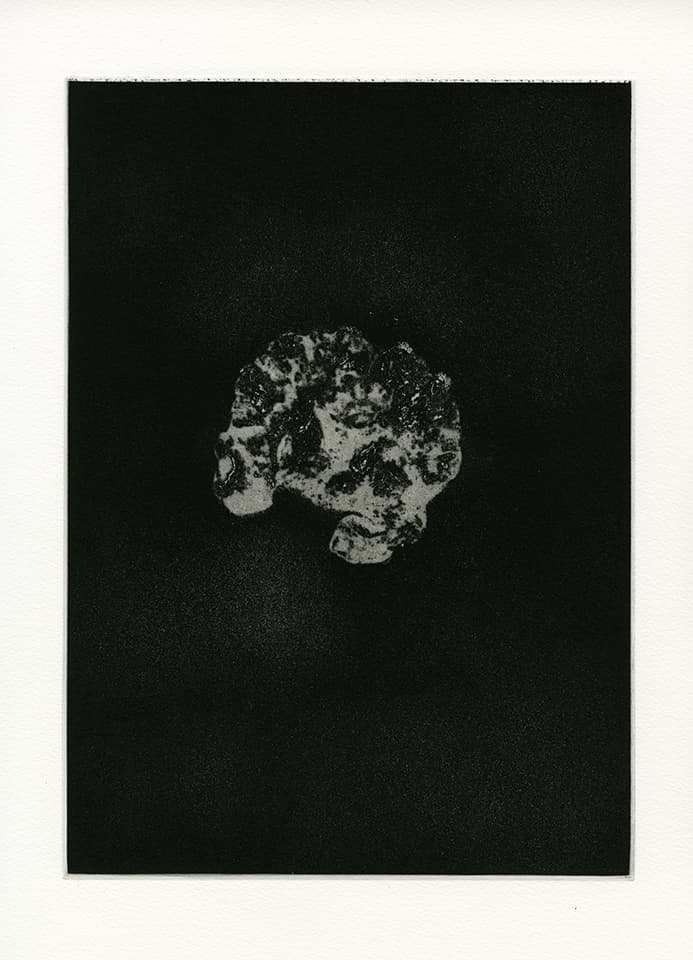 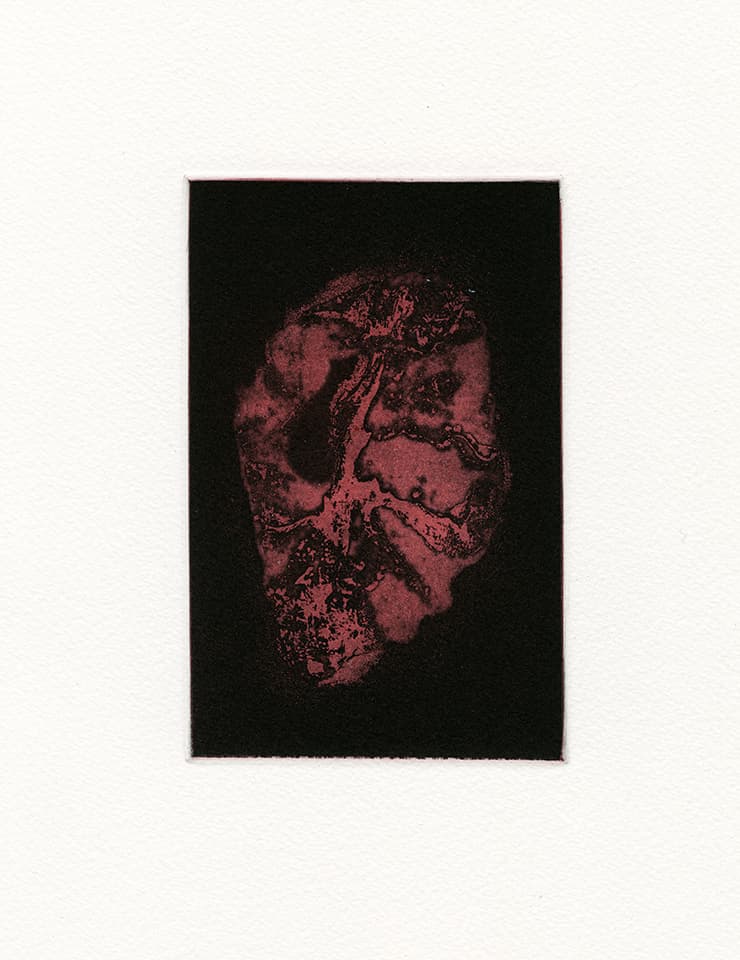 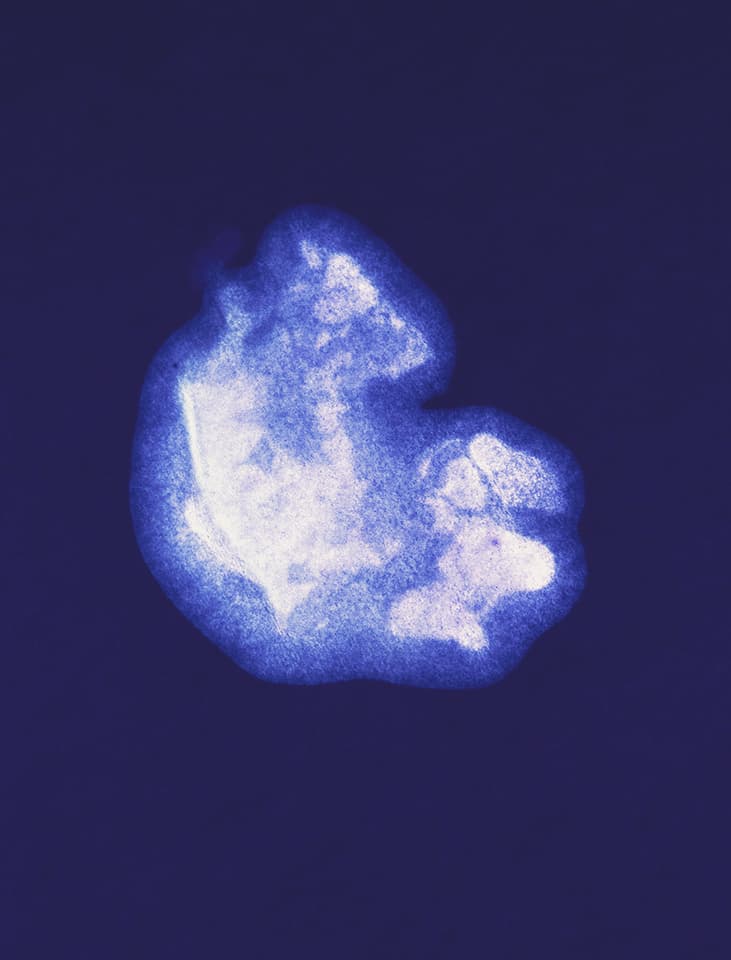 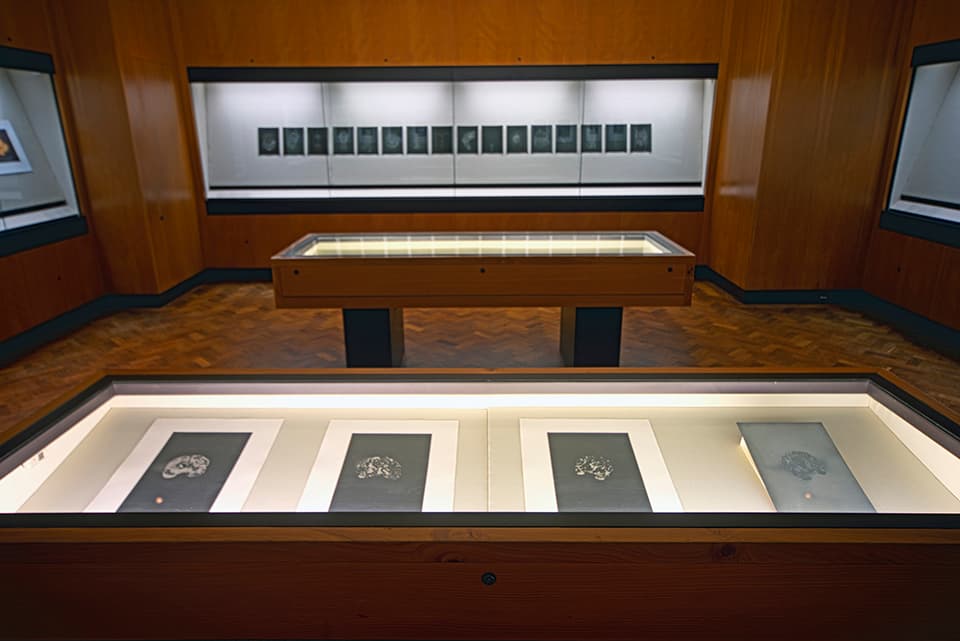