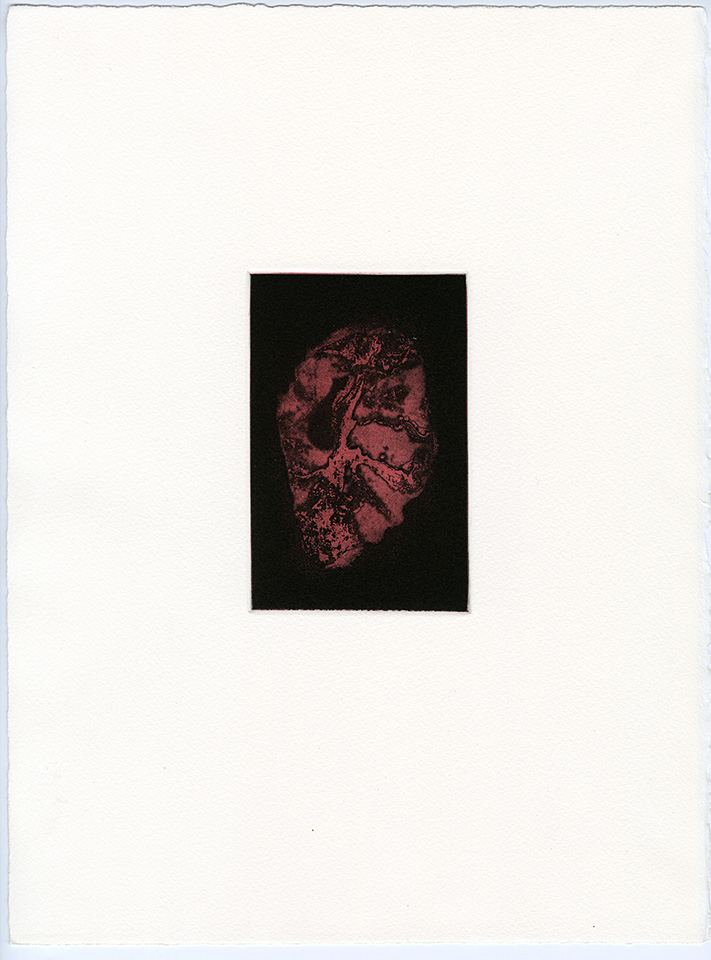 The etchings of the Transience suite are the result of having had the unique opportunity of being able to work with a human brain. This would not have been possible without the support of both Professor David Dexter from the Parkinson Brain Bank at Hammersmith Hospital and Robert Devcic, Director of GV Art whose vision and understanding of what I was trying to achieve allowed me to realise my radical ideas.

Increasingly I am struck by human fragility – in particular the dependence of Self on the physical brain. A brain is three pounds or so of fatty tissue boxed inside the inky darkness of the skull – close your eyes and you will see what I mean. The Self emerges from this heavily folded gelatinous organ, fully conscious and full of idiosyncratic personhood – conjured up from a delicate balance between individual anatomy and fate. The human brain is susceptible to damage and disease, to trauma, degenerative disorders and dysfunction. Who we “are” is potentially unstable.

In my recent work exploring human identity, I have developed a visual language, working largely in white or negative line, using the tracks of brain scans to reference the self and its relationship to the brain. A sort of portraiture. A portrait is an artist’s impression of someone else, which conventionally depicts the external appearance in a particular context to portray the uniqueness of that individual. I wondered if I could get closer to someone’s self or identity by printing directly from human brain tissue.

I worked with master printer Nigel Oxley on the Transience etchings and at the beginning we determined that there would not be any drawn marks on the plates and hoped that the form of the brain would emerge from the etching process. Working with a human brain was a transformative and emotional experience. The images revealed themselves gradually through this very ancient process and the prints, although taken from a dead cross-section, seemed to expose a consciousness at work. We produced five good plates during the short time that we were allowed to work with this material.

These works where first shown at GV Art, London in 2013, and in Realisation at the The Fitzwilliam Museum, Cambridge in 2017.

Originally my intention was to just look at the brain as object. But the brain, in a funny way, turned from object to subject as we were making the work. So, they are not just anatomical works, they are about the transience of self. 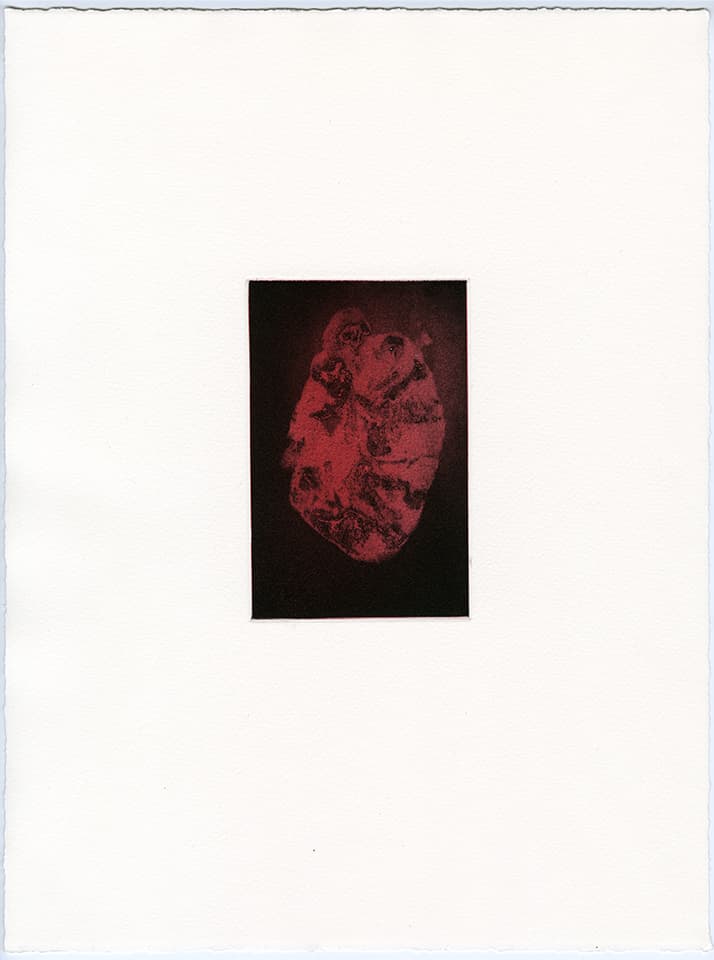 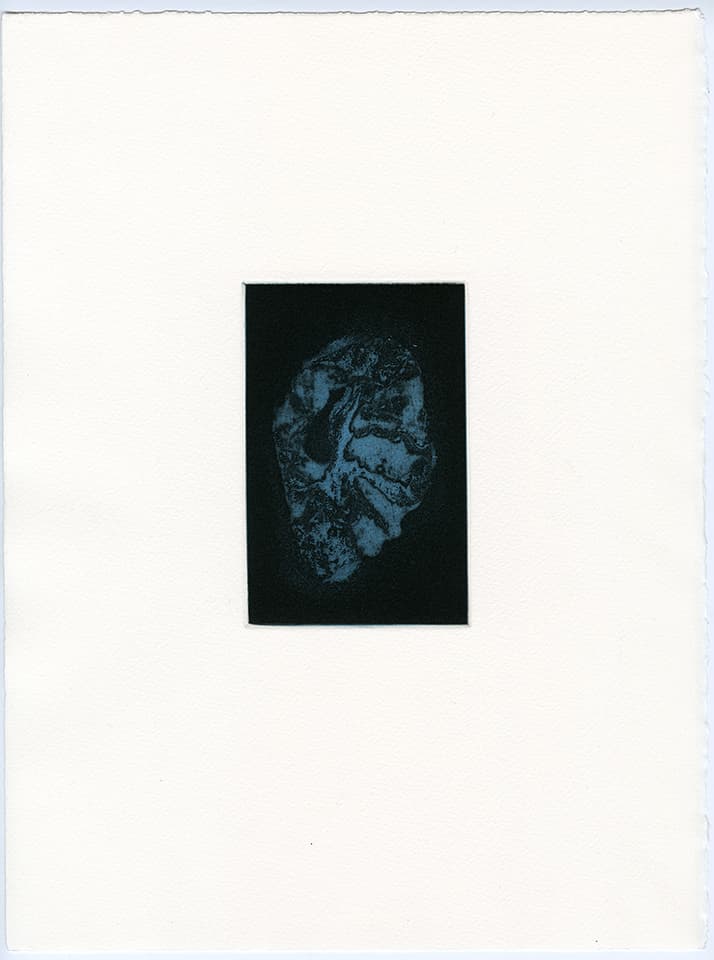 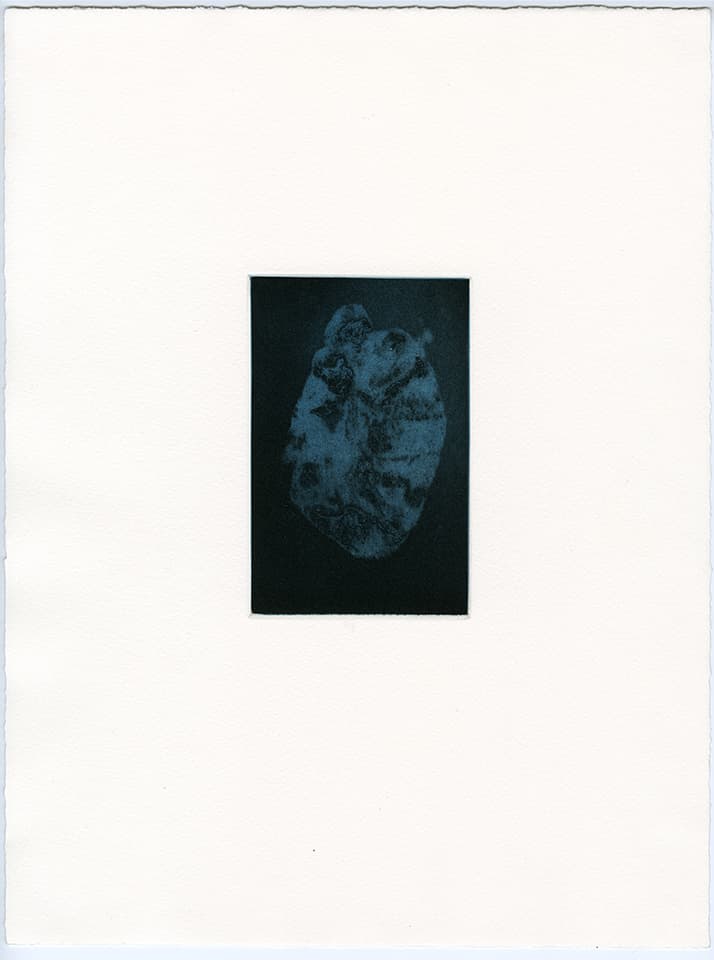 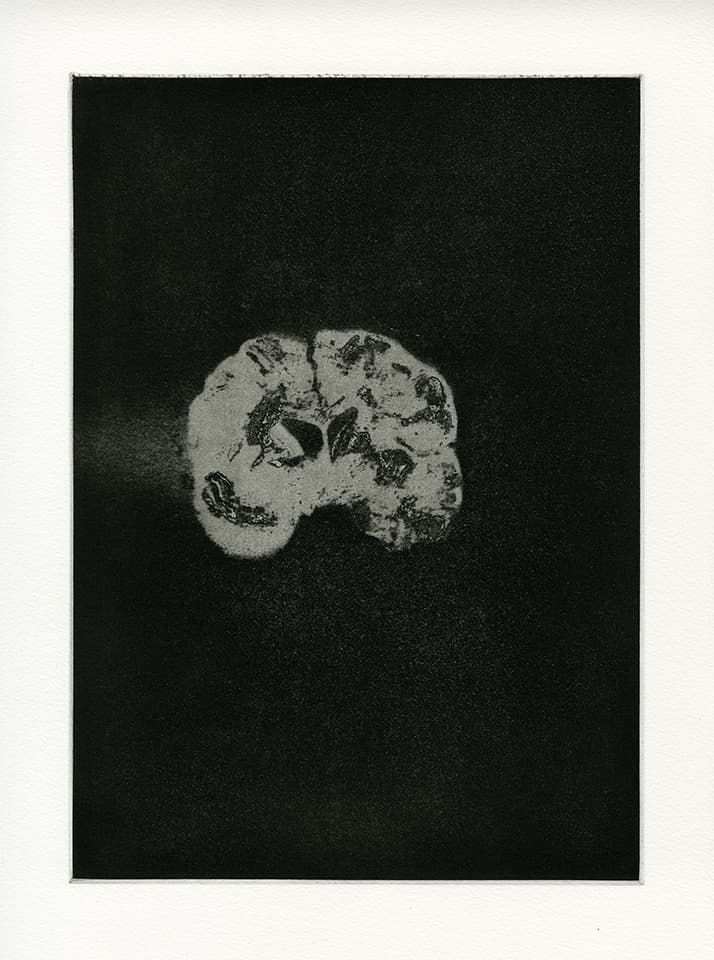 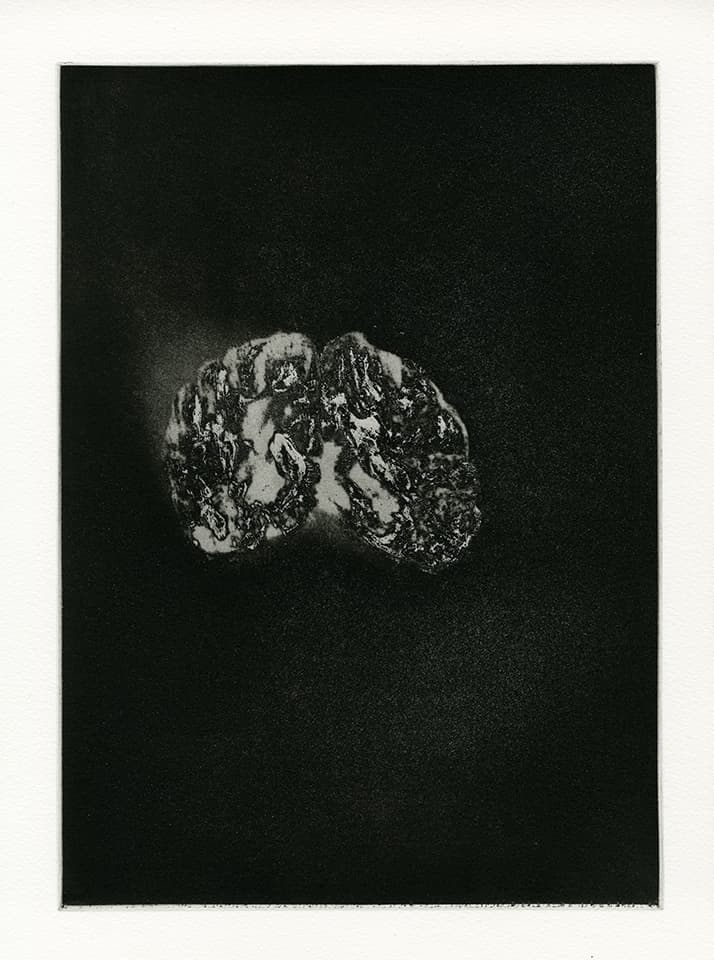 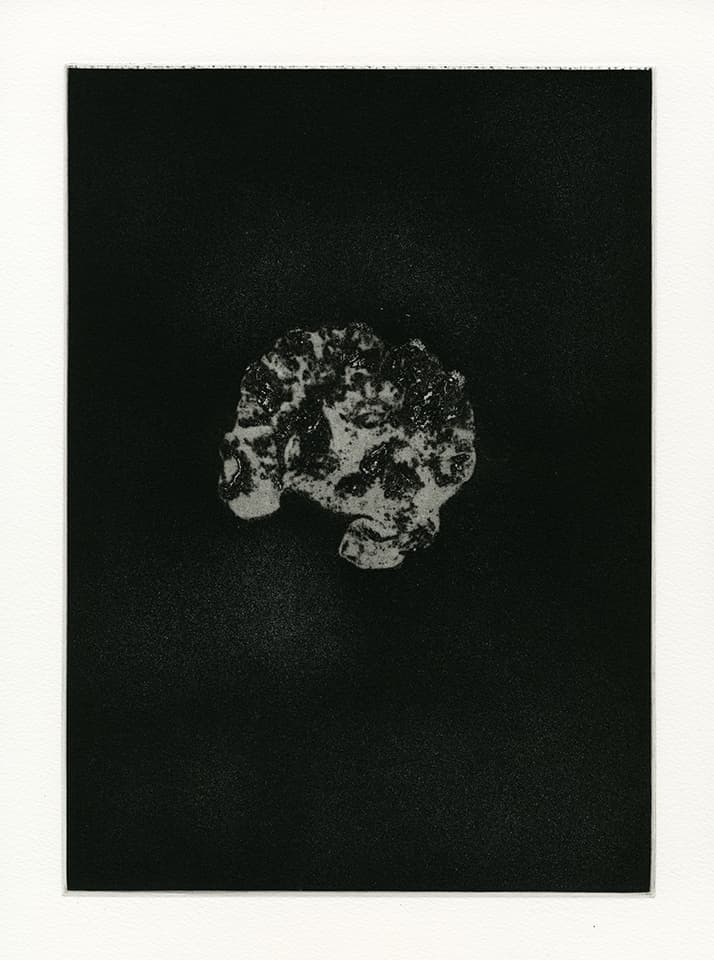